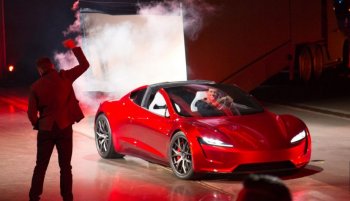 Tesla produced her first all powered electric sport vehicle in 2008, they called it the “Roadster”. The Tesla Roadster model beat a few records, one of it was the record of being the first all powered electric highway legal series production vehicle to cover more than 200miles on a single charge. Tesla later went on producing other electric powered vehicles like the Model X, Model S P100D, Model E and not too long ago the Model 3. Many were beginning to wonder why Tesla haven’t said anything about producing another Roadster since the production of her first model about 10 years ago. Tesla recently held a big event on the 16th of November 2017 where they showed off their new semi truck alongside a second generation roadster 2.0 which they plan to release in 2020. 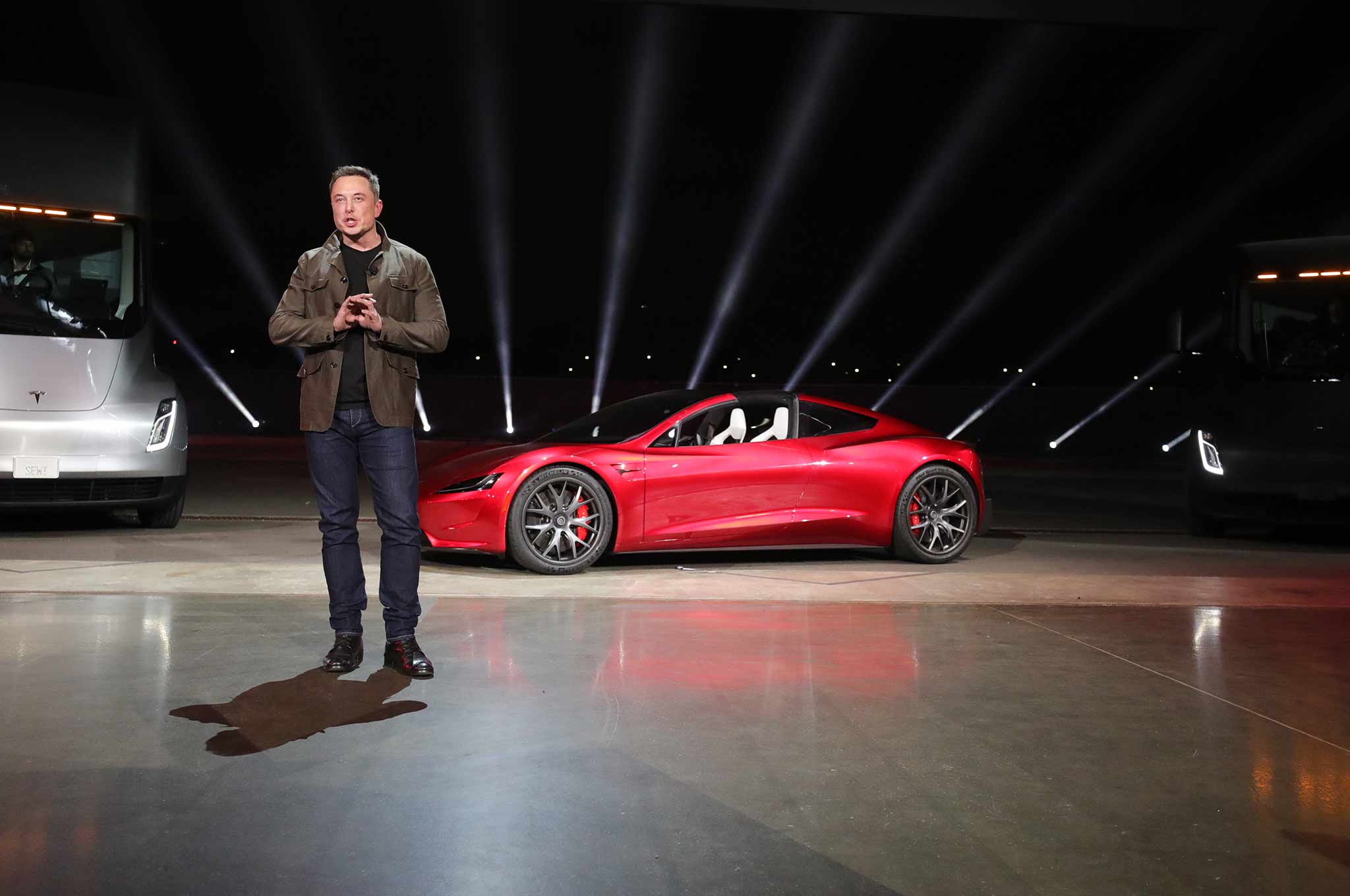 Tesla CEO Elon Musk introduced the Roadster 2.0 by saying: “people asked us for a longtime, ‘when are you going to make a new Roadster?’ We are making it now”. He went further by saying that the new roadster model was developed to just give a hardcore smackdown to gasoline cars, he also said that driving a gasoline sport car is going to feel like a stream engine with a side quiche. The Tesla roadster 2.0 is an all electric powered sport vehicle with four(4) passenger sport seats, clean layout and design, tiny and rectangular steering wheel, spacious luggage space with a 200.0 kWh battery that can cover up to 0 to 60mph in 1.9seconds which is quite remarkable and is surely gonna be a record breaker if it can do everything Elon Musk claims it can.

The Tesla Roadster 2.0 has alot to offer with regards to it’s exterior and interior futuristic designs. The exterior design of the Tesla Roadster 2.0 is quite clean and unique. It is one of the most stunning design i have seen on a Tesla EV before. The interior part of the Tesla Roadster 2.0 is another selling point, it comprises of a tiny but rectangular steering wheels, a storage/luggage space, 4 highly convenient sporty seats, a large touchscreen which dominates the user input and a removeable roof-top that looks like the one on a porsche 911 Targa in Nigeria. There is also a G-meter which display the vehicles’s bending rate. 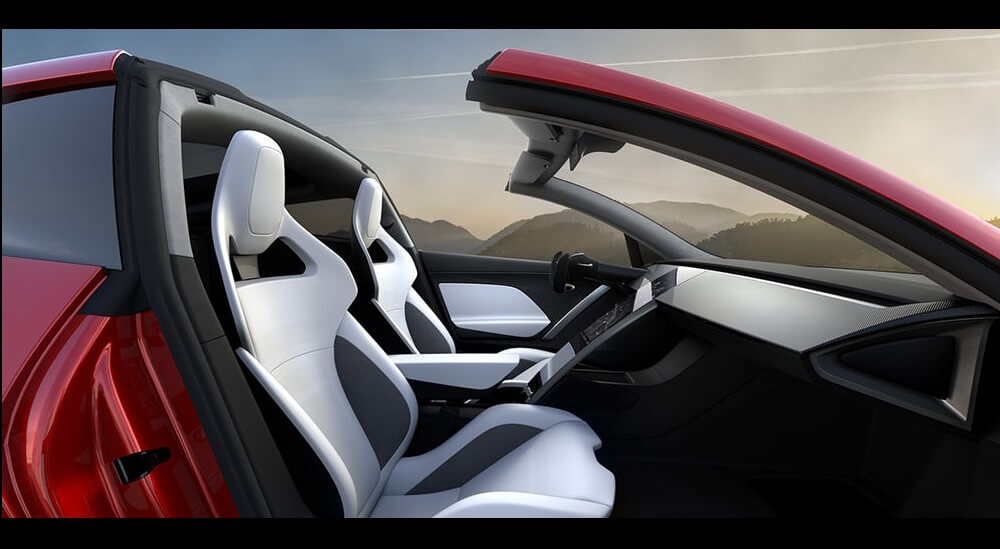 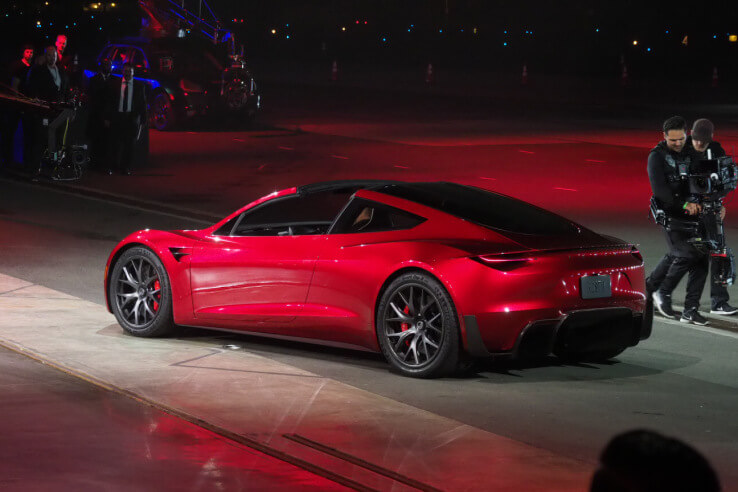 This is the most impressive part of the Tesla Roadster 2.0. This car is really fast, according to Tesla; the Roadster 2.0 can cover 0 t0 60mph in 1.9 seconds, 0 to 100mph in 4.2 seconds, 620 miles range per charge and a top-speed that exceed 250mph. If these numbers turns out to be real when the Tesla roadster 2.0 eventually get release in 2020, it is surely gonna beat the record of being the first super sport car to have the fastest speed ever and also the first production all-electric vehicle to cover more than 1,000km on a single charge of the 200kWh battery pack. 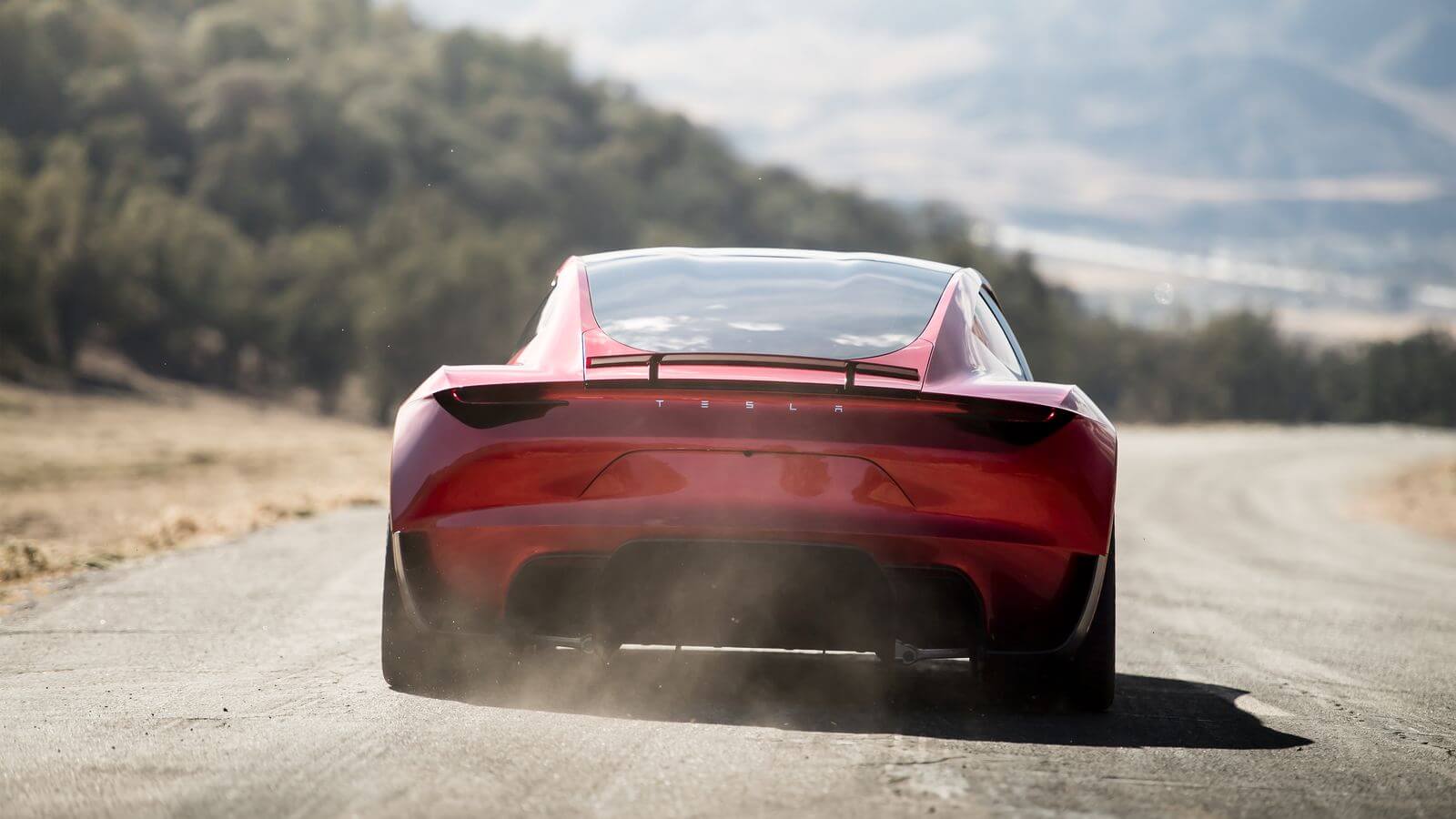 The Tesla Roadster 2.0 will come in two models: founders series and the regular base model. The one displayed at Tesla’s big event was the regular base model, the founder series model may likely get a rise in specs and speed performance. The Horse power figures are yet to be known, the price of the tesla roadster 2.0 is starting at $200,000 except for the founders series version which is likely to go for $250,000 and only a thousand will be made. I can’t wait to see this car take on the streets of Nigeria, i also can’t wait to see what corsa motorsport will do to this car when it arrives Nigeria.