Vision S - The Car That Sony Made
Skip to content

Sony Made Her First Car 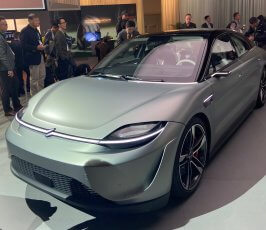 Sony surprised everyone at CES 2020 with an electric car. Electric car?? How on earth did it happen? Well, it’s a big surprise to see an entertainer suddenly dive into auto manufacturing.

I guess this is their new unboxing for everyone this new decade. Auto manufacturing is one of the last things you will expect to hear Sony talk about but this is 21 century anyway, anything can happen.

Companies normally dive into different niche just to stay relevant. It’s important to move with time. So expect to hear more announcements like this in years to come.

Either way, let’s continue with our subject, the electric car. It’s called “Vision S”. From a perspective view, this car is wanting to look like a Tesla “design wise”, it’s got some nice cut-out around the edges.

The design of the Vision S looks very impressive. Sony did a nice job here, they tried to make it simple and Techie at the same time. Simplicity is starting to look like the new trend of the decade but the tech inside is completely insane. 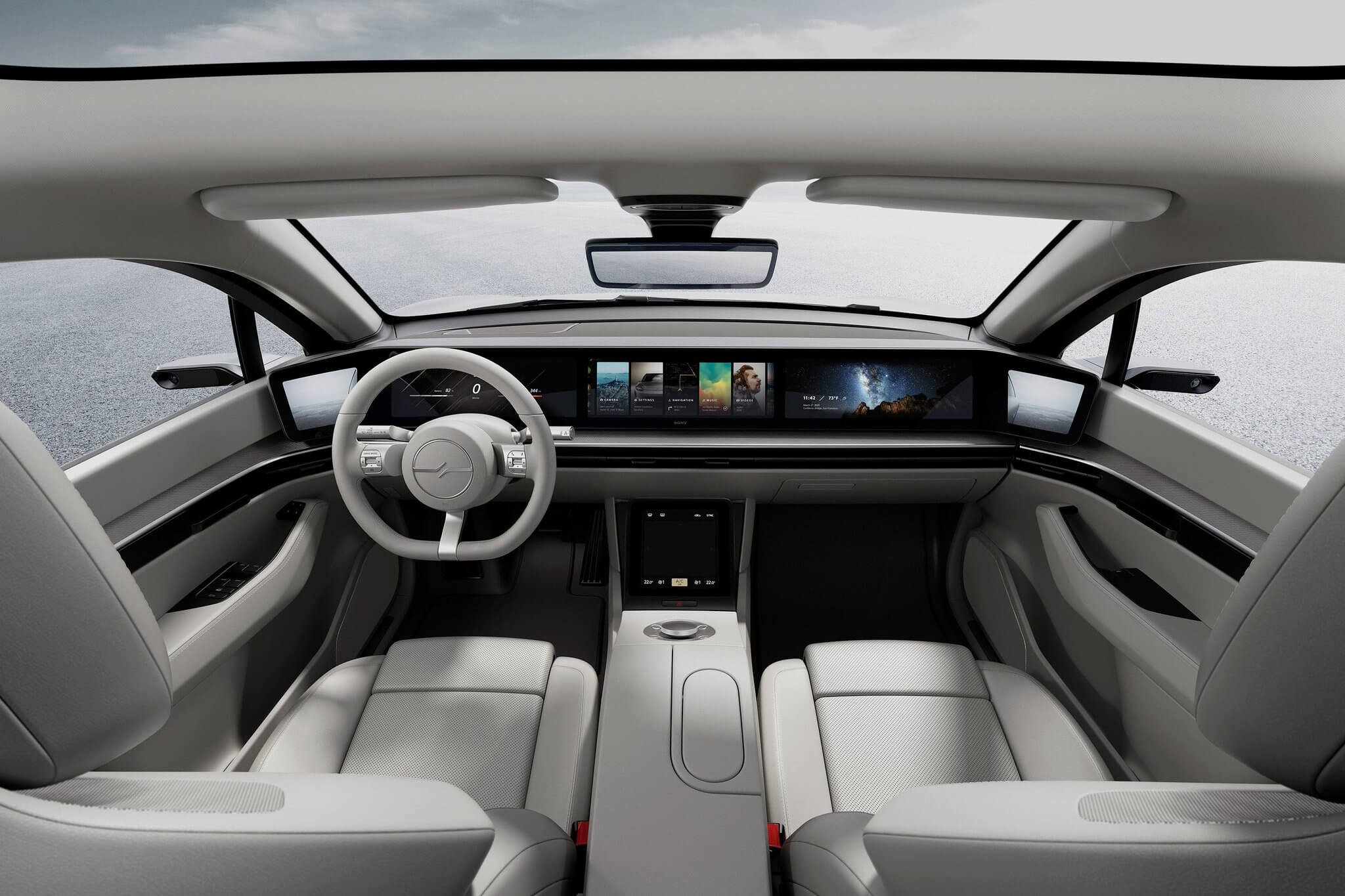 The interior here is properly fitted with Technology, we’ve got some nice leather finish and a whole bunch of screen on the dashboard. There is also a portable display playing the role of a track pad down below the dash.

Sony deliberately made the dashboard full of screens because they have tons of multimedia features to offer. You can watch movies, stream audios and play games too. It also supports 5G to allow you stream and connect easily.

There are up to two screens behind the front seats. If you are seated at the back, you are going to get the full entertainment privately, I really would prefer to see the screens embedded as part of the head rest rather than separating it. 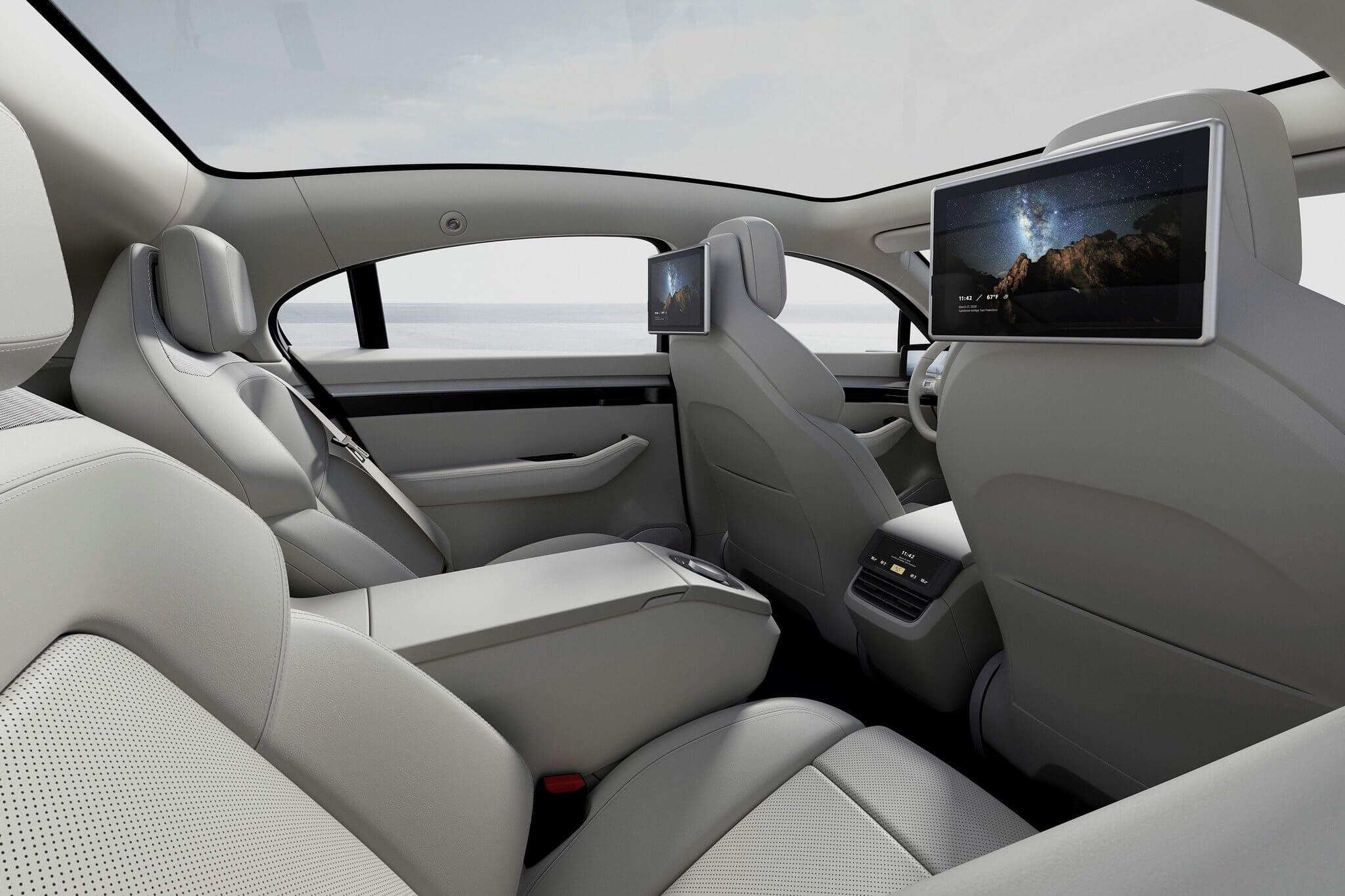 The Vision S is a 4 passenger vehicle, it’s got 4 comfortable seats inside. There is even a second generation autonomous driving that controls the acceleration, braking and steering.

User experience and entertainment functionality are Sony’s main focus on the Vision S. they want to make a car that can interact with you and connect with smartphones easily. 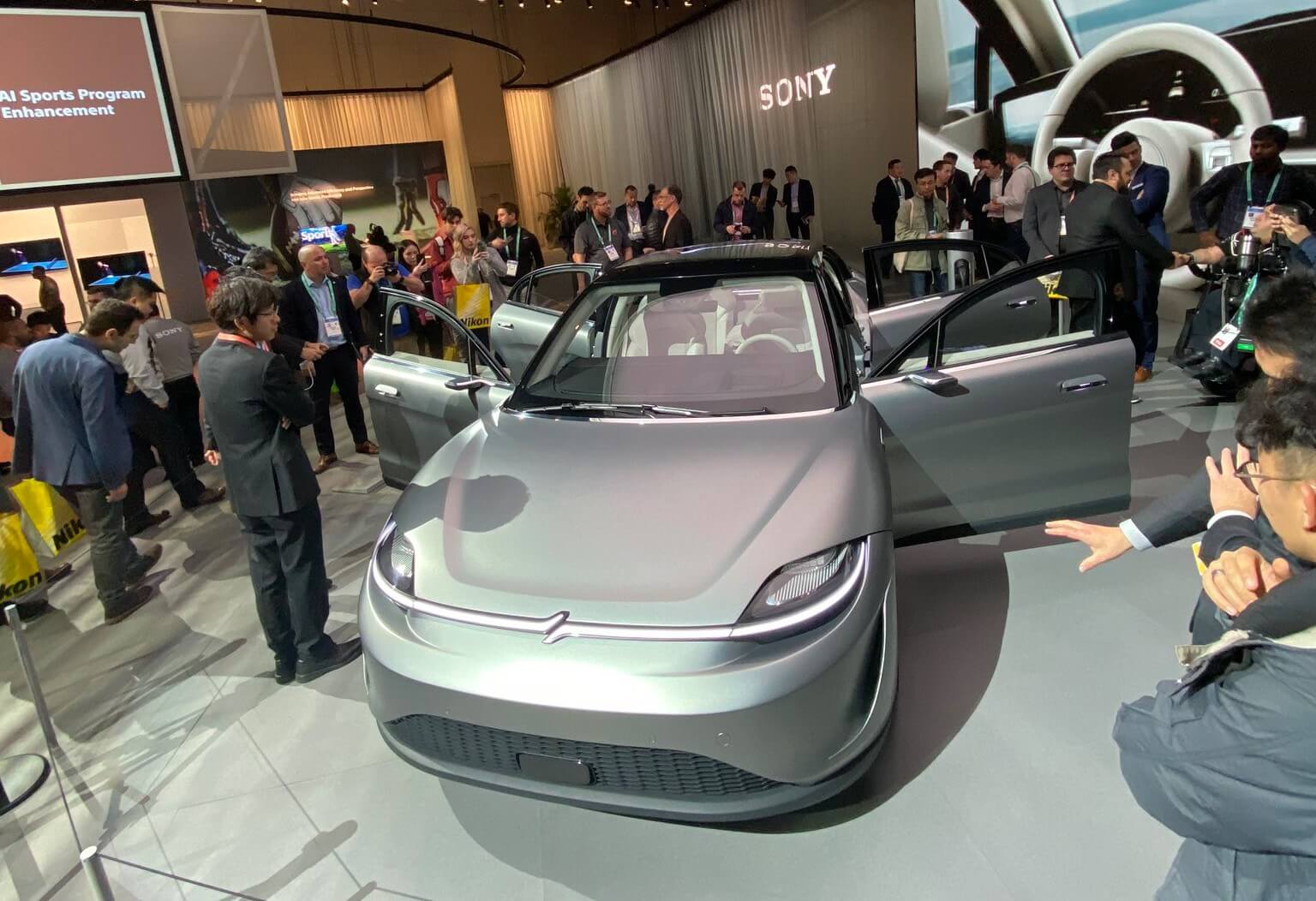 The Vision S is Sony’s first prototype under the Vision-S initiative, Sony teamed up with companies like Qualcomm, Bosch, NVIDIA and continental to create this car.

The specs are not completely revealed yet considering the fact that it’s still a concept vehicle, the first prototype to start with. I think, Sony just want us to see what they are working on and prepare to patronize them in future. 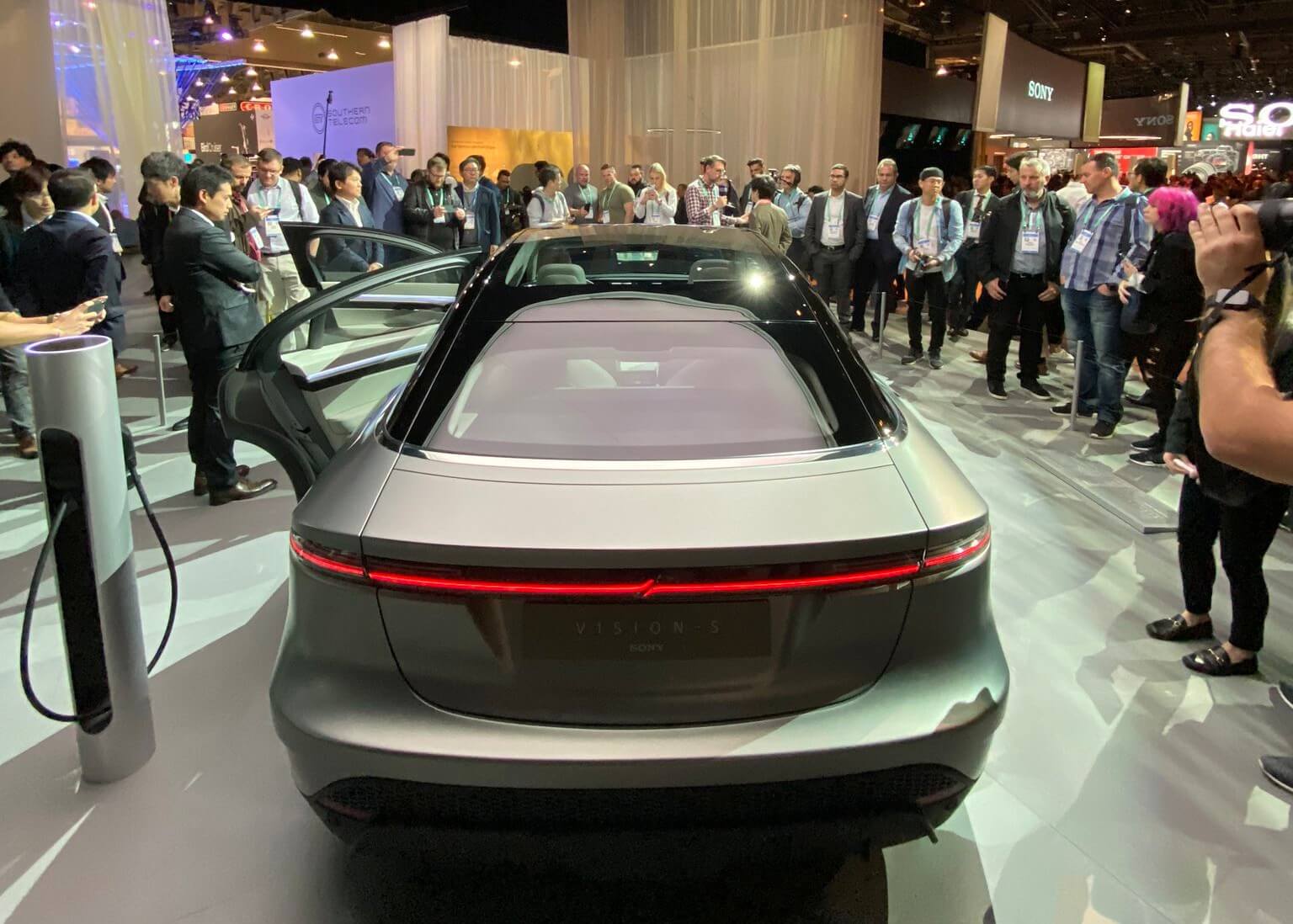 Here are the available specs so far.
The Vision S comes with a 200kW engine, 33 sensors on the inside and out, 360 Reality audio tech, large display and Sony’s HDR-compactible CMOS image sensors.However, there is more to these.

When it comes to speed, the Vision S received a good score even though it is not the fastest. It was not by any means design for running so don’t expect to see an F1 racing performance here.😎

The Vision S runs 0-62MPH in 4.8 seconds with 149MPH top speed. With these, you are sure of arriving your destination in record time. Driving here is flexible too, I just hope the entertainment exclude the driver.

The Vision S is a very flexible and user friendly electric vehicle that is starting to gain attention right from day one. Almost everyone who set their eyes on this vehicle wished it was available for sell immediately.

But Sony says it is not ready for the market yet, it is still under development as such, there is still room for continuous improvement and upgrade. We expect to see a complete piece in 2021 or maybe after.

It does seem like Sony wants to be on every car infotainment system, you can see what Vision S is out for; bringing a whole new entertainment to cars. It more like saying, you shouldn’t miss your favorite TV show while in the car.

This is an electric car

What’s gonna happen to the battery.

A lot of entertainment means more battery right? Sony will have to put this into consideration when manufacturing the complete pack of the Vision S. the vehicle shouldn’t be that heavy and the battery should be long-lasting.