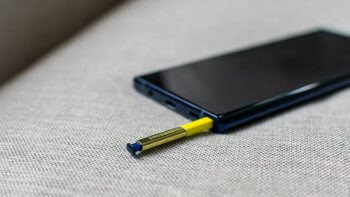 The Samsung galaxy Note 9 which came out on Friday, August 24, 2018 seem kinda early to most galaxy note series fans in Nigeria considering the September 15 note release of last year.

The Samsung Galaxy Note 9 is undeniably a feature-filled phone for the best buyers in Nigeria. It is no doubt the biggest Samsung galaxy note ever considering the new 6.4inch infinity display, improved battery, camera, speaker and more storage options.

The Samsung galaxy Note 9 also comes with its usually Stylus Pen which now have better custom functionalities, There is also AR emoji and a comeback Bixby button that is now refusing to turn off.

Before I go straight to my review, permit me to say this; “the Samsung Galaxy Note 9 is all-round expensive”. It starts at $1000, you can imagine how much it would cost in Nigeria. Either way, click the link below to check current price in nigeria.

The design of the Samsung galaxy note 9 is not so different from what we were expecting in Nigeria. In fact, it’s progressive. In front is a huge 6.4 inch infinity display with a front-facing camera. 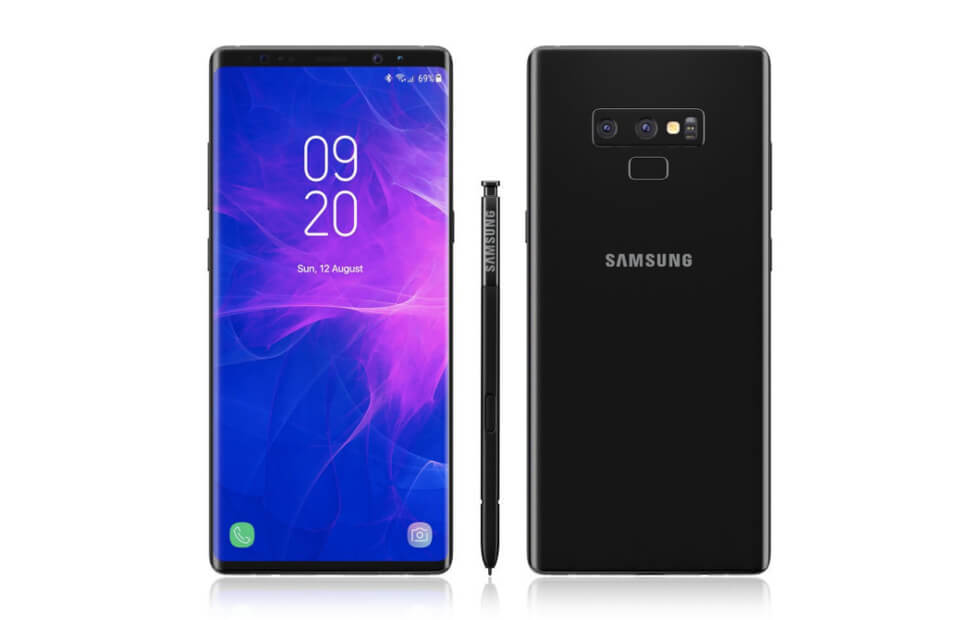 At the back of the Samsung Galaxy Note 9 are two rear cameras and a fingerprint reader that is centrally located and easily accessible except that it is small. There is also an S pen that is in house.

It’s good to see Samsung still holding back to the headphone jack on her Samsung galaxy Note 9, I guess they didn’t see any reason to skip that in 2018.

When it comes to size, the Samsung Galaxy Note 9 is a little wider and shorter than that of last year in Nigeria. It weighs 201g, uses nano sim and is IP68 water resistance and dust-proof.

One new stunning feature that would wow you when you get a first-hand look at the Samsung Galaxy Note 9 in Nigeria is the new set of stereo speakers which have really done a great deal in the sound department.

When it comes to display, I guess you know what Samsung is capable of. The note 9 currently has one of the best display in Nigeria. They did it last year, they are doing it again and are likely to repeat same next year. 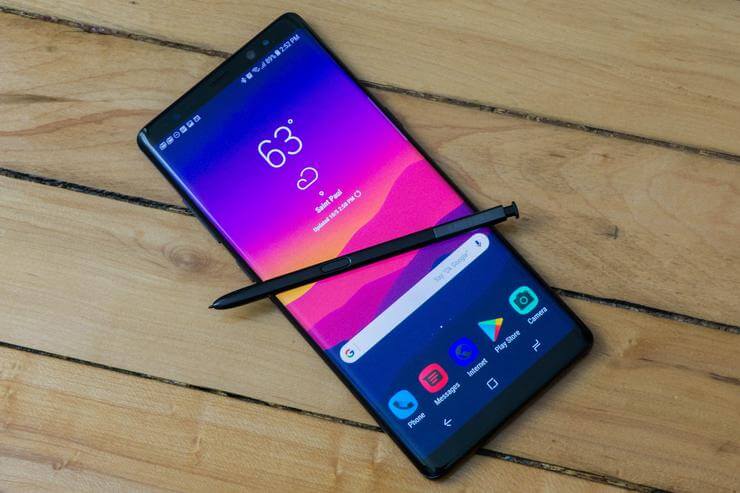 The Samsung Galaxy Note 9 has a large 6.4-inch AMOLED display which appears to have increased by an inch and is complementing the new 18.5: 9 aspect ratio with curved edged display.

Truth be told, the display of the Samsung Galaxy Note 9 is even better now as compared to the one of last year in Nigeria, it is now 27% brighter with 32% more contrast ratio. 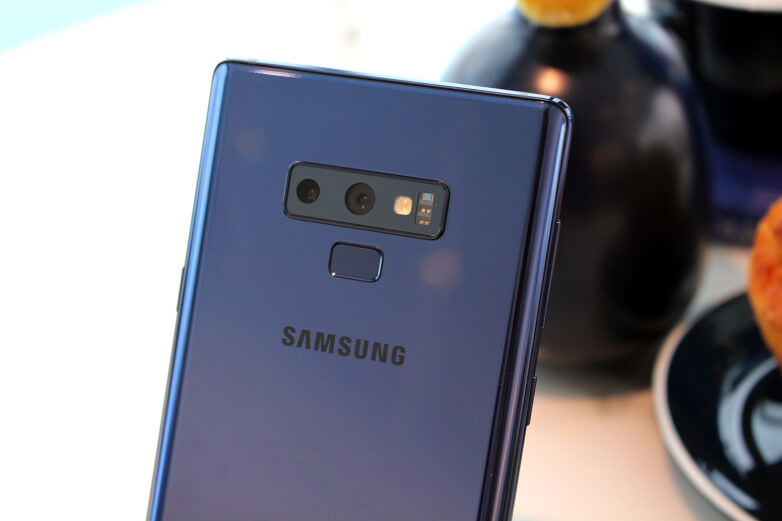 It also uses dual-aperture technology to switch between an f/1.5 to f/2.4 aperture for low-light photography and normal lighting conditions respectively.

The 8MP front-facing camera is also not disappointing, it takes great selfies with auto focus, this is the first time we are seeing this on the Samsung Galaxy note series.

The Samsung Galaxy Note 9 surprisingly has a better camera than S9 and note 8, this is because of its AI scene recognition software that enhance the color and white balance with regards to the subject.

The camera on the Samsung Galaxy Note 9 has Optical Image Stabilization (OIS) and a robust camera app that is easy to use. There is also AR emoji with improved avatar customization.

One new feature on the camera this year is auto-scene optimizer and flaw detection features which helps to improve photo quality.

The S pen I must say is a reason to buy item on the Samsung Galaxy Note 9 this year. This is because Samsung made a software development kit (sdk) to enable multiple functions and shortcuts customization with the pen. 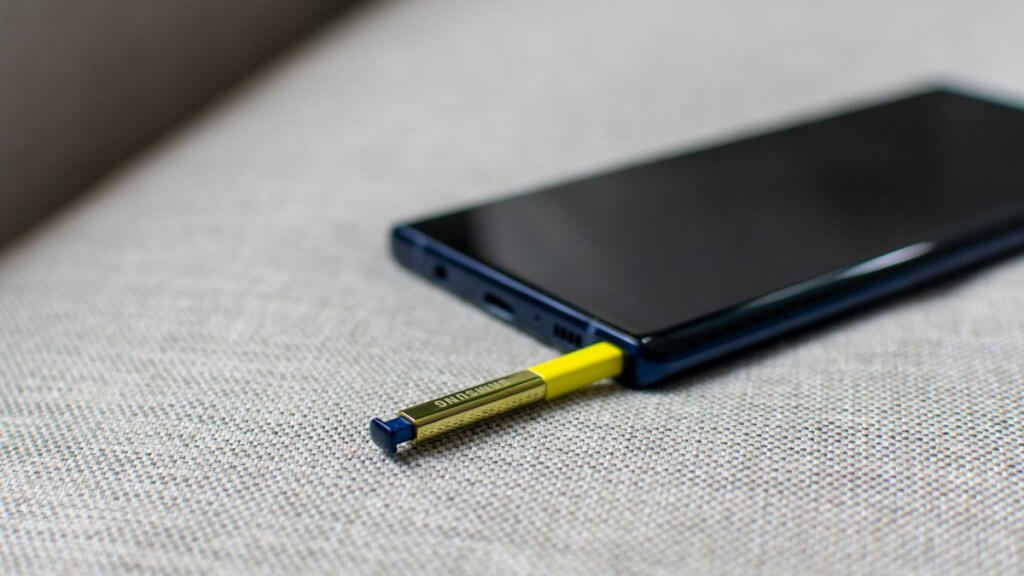 The S pen can be used to; take down notes, screenshot, annotate, translate foreign text, start up the camera app, launch the camera into selfie mode and send live messages even when the S pen is not charged.

The S pen can also be customized to take photos or do video recording, play, pause and skip music, move to the next or previous photo and slide through power point presentation.

The shortcuts customization works only with third-party apps that supports its functionality. The S pen now have the same color ink and stylus. E.g.  A yellow S pen writes in yellow.

The S pen also have Bluetooth and battery indicator, the Bluetooth-connected S pen works 30 feet away. The S pen charges inside the phone and is rechargeable for just 40 seconds.

Samsung seem to have improved on her battery this time. The Samsung Galaxy Note 9 now rocks a 4000mAh battery. This is the first Samsung phone with a reasonable battery life in Nigeria so far. The battery can last for a day on moderate use. 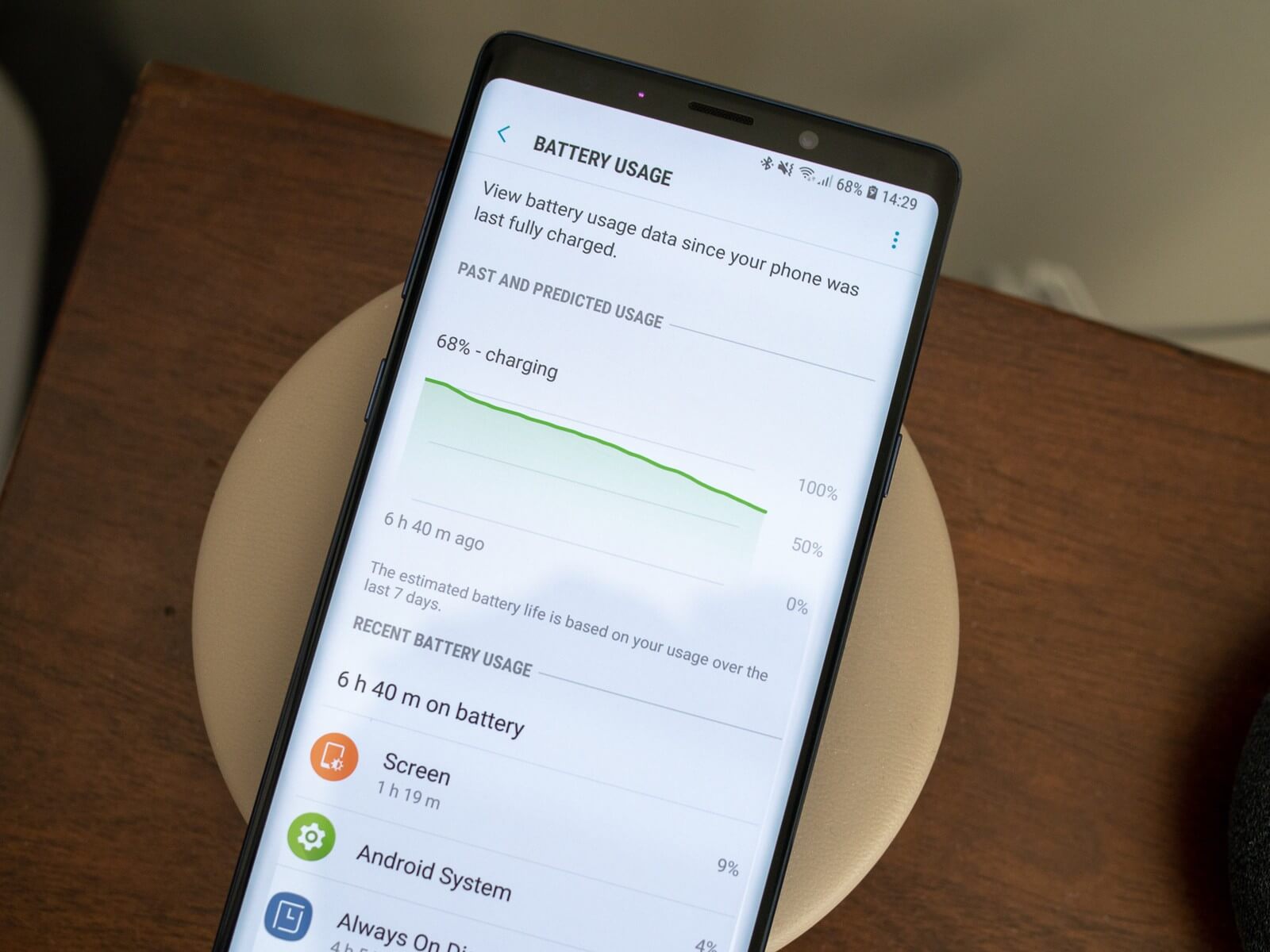 The Samsung Galaxy Note 9 has wireless and fast charging feature; there is a USB-C cable that helps to speed things up a little bit. You get 100% charge in 1hour 49 minutes. This seem fast but definitely not the fastest, Huawei and Oneplus still has it.

So tell me, when you heard that the Samsung Galaxy Note 9 starts at $1000 am sure you were wondering why it’s that expensive. The massive storage on board says it all. 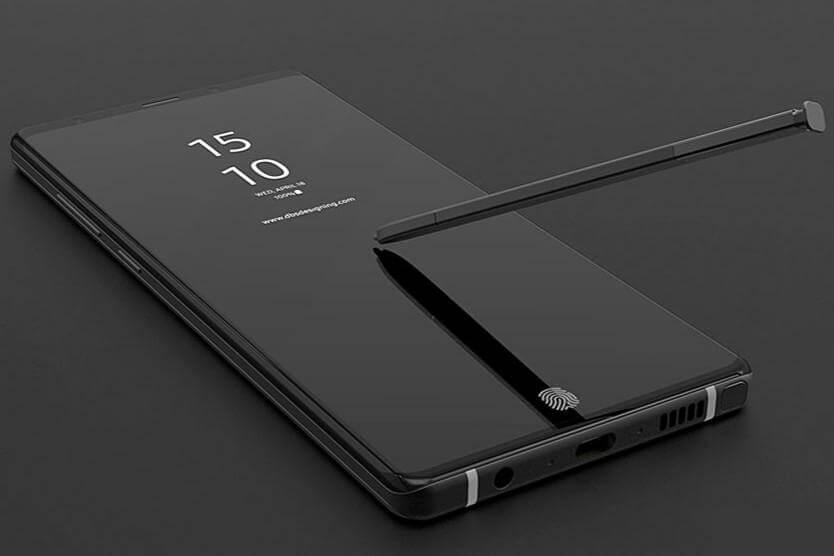 Among the top – manufacturers of smartphones, Samsung is the first to launch a 1TB storage smartphone. So you don’t have to worry about sacrificing any videos, photos or games.

The Samsung Galaxy Note 9 also comes with two chipset. You get either the snapdragon 845(US and China) or Samsung’s Exynos 9810 chip (other countries).

The Samsung Galaxy Note 9 comes with android 8.1 Oreo and an all new polished Samsung experience software that is redefined to help ease things up with navigation. 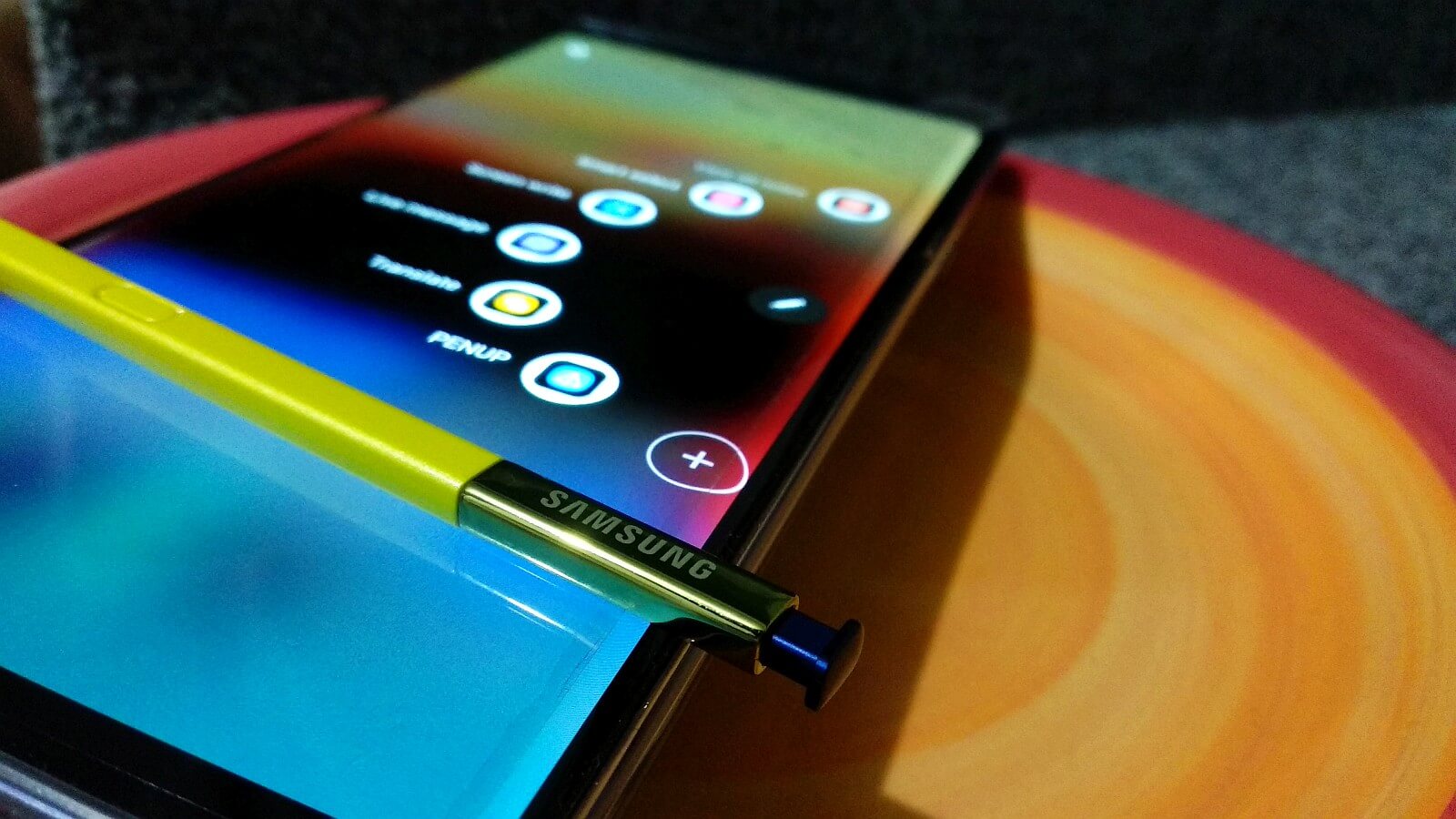 There is also Bixby and Google assistant on the Samsung Galaxy Note 9 but Google AI is smarter and understands us better even though Samsung is trying to force Bixby on us in Nigeria.

The good news about Bixby this time is its better navigation experience with the UI and its ability to download apps from play store. It however need more improvement if it most replace Google assistant.

This phone is indeed the best phone for those who are after the best stuffs in Nigeria. Though it received some minor upgrades as compared to the Note 8; it however has some downsides.

+ Geekbench test shows that Samsung’s Exynos 9810 chipset is not as fast as that on the Iphone X.

So if the Samsung galaxy note 9 that is coming to your country has this chipset, I guess you might have to deal with that. I wonder why Samsung would use a ‘work in progress’ chipset on her high-end phones.

One thought on “Samsung Galaxy Note 9: My Best Phone Yet”