Samsung Galaxy A10 – The Budget Variant 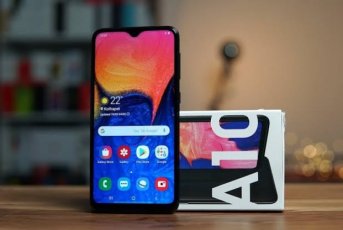 The Samsung Galaxy A10 is here, If you love Samsung products so much and you where unable to buy their latest flagship because of her price tag, the Galaxy A10 is another alternative.

The Samsung Galaxy A10 is an entry-level budget smartphone that was launched in order to cater for her medium and low-end budget fans in Nigeria and other African countries.

Samsung Galaxy A10 Price in Nigeria

As earlier stated, the Samsung Galaxy A10 doesn’t cause a fortune, it is selling at a budget friendly price in Nigeria. It is available in blue, black and red colors and can be bought in online and offline stores in Nigeria.

The Samsung Galaxy A10 comes with a design that is right for 2019. At the top, you will notice her well cut-out water drop notch which houses the selfie camera and receiver. 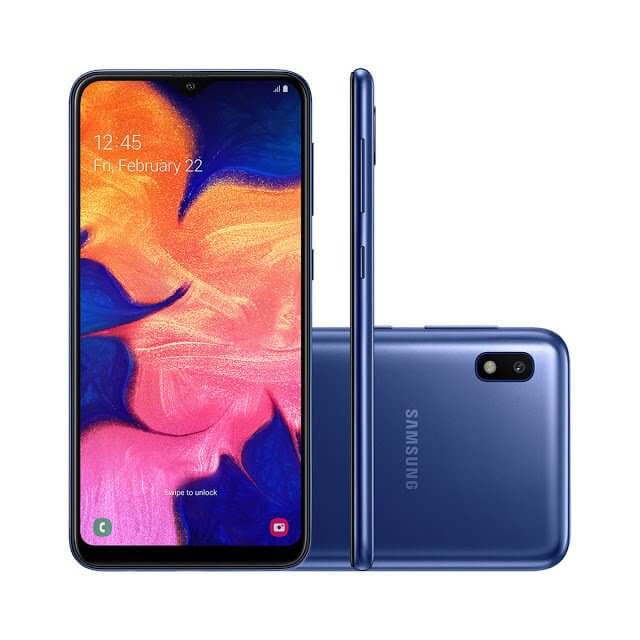 There is also an animated light that display underneath the notch when you try to unlock with Face ID or activate the selfie camera in front.

That said, the Samsung Galaxy A10 has a 7.9mm body that is made of plastic with a glossy plastic finish at the back. That is not to say the display isn’t covered with glass.

At the rear is where you will find the 13MP camera, Samsung brand name and a down firing speaker. The micro USB port 2.0 and 3.5mm headphone jack are at the bottom but there is one new upgrade.

The Samsung Galaxy A10 now comes with two microphones: one at the top, the other at the bottom. They both help with audio clarity, so you don’t have to shout when making phone calls.

On the right is where the power and volume rocker sits while the dual nano-SIM + micro SD card slot that pops-up when the ejector pin is used to trigger it is positioned at the left side of the Galaxy A10. 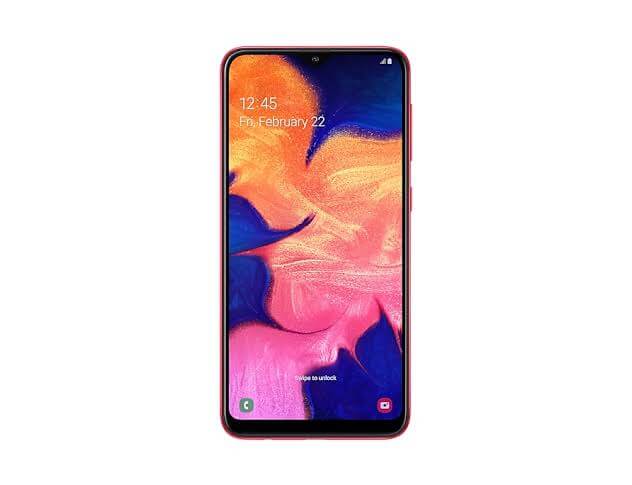 The display maintains a 720 x 1520 resolution and has up to 16 million colors which makes it looks vivid, sharp, bright and clear.

The Samsung Galaxy A10 display is edge to edge. It was however close to having an almost bezeless display if not for her huge bezels at the bottom.

Still on the display, the Samsung Galaxy A10 boost an 81.6% screen to body ratio and a 269 ppi which combines to gives you an immersive viewing experience.

The display can also adjust automatically to suit your viewing needs. When outside, it brightens up but when you go indoors, it appears dim in order to save extra power without compromise.

Under the hood of the Samsung Galaxy A10 is a 3400mAh non-removable battery that is just sufficient to handle your daily mobile task in Nigeria. 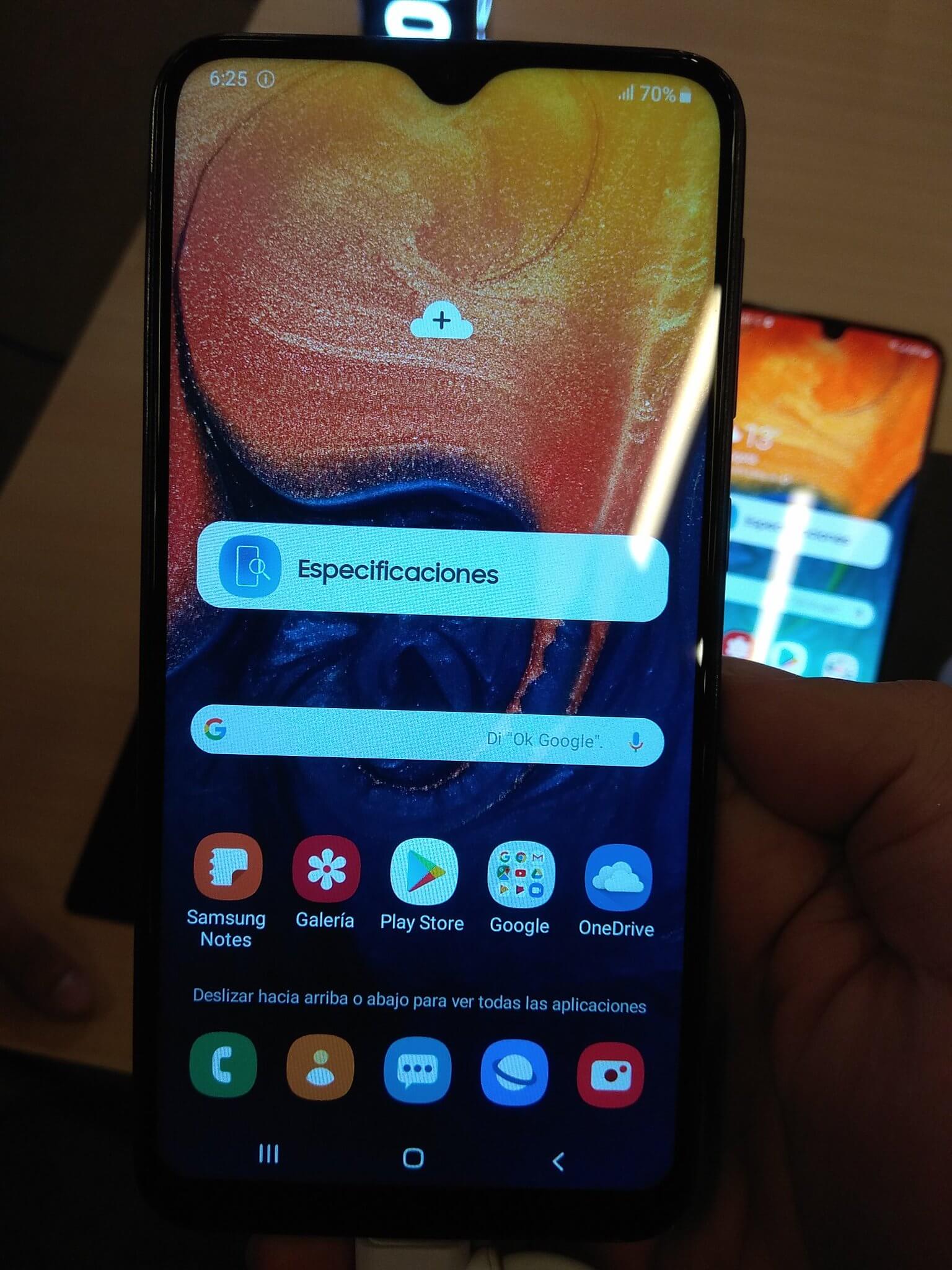 Either you are playing games, chatting or doing some live streaming, the Galaxy A10 is 100% ready to satisfy you for a significant amount of time.

Although the actual amount of battery life available for an average user may vary depending on network environment and the mode of usage.

The Samsung Galaxy A10 comes with a simple camera set up. In front is a 5MP selfie camera with f/2.0 aperture while at the rear is a 13MP rear camera with f/1.9 aperture and LED flash. 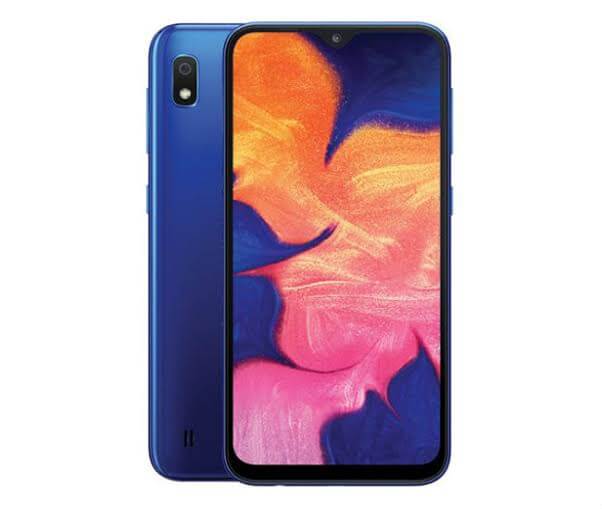 There is no flash available in front. This automatically means you can’t take selfie at night. When you activate the 13MP rear camera, you will see the photo mode and zoom settings that lets you zoom in and out.

Photos taken with the Samsung Galaxy A10 in Nigeria have shown some level of details. You can use the Galaxy A10 to take low-light pictures and beautify with AR stickers, stamps and filters.

Aside taking pictures, the Samsung Galaxy A10 can also be used to do some video recording since it comes with a FHD 1920 x 1080 video recording resolution at 30 frame per seconds.

The software on the Galaxy A10 is superb, this is because of the presence of Samsung One User interface that is working in harmony with the hardware. 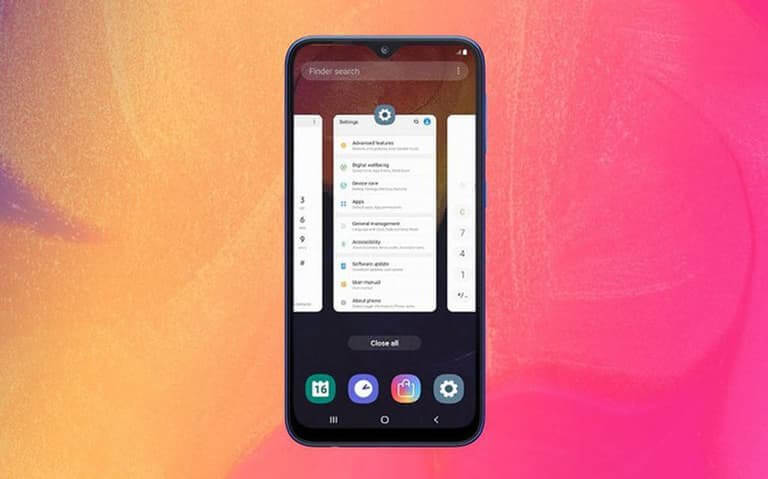 With One UI, there is a lot of things you can do with the Samsung Galaxy A10. You can choose to slit the screen into two equal halves and switch between two task on the same screen.

You can also switch to night mode. This automatically produce a dark background.

On the Samsung Galaxy A10 there is 2GB RAM and 32GB ROM but only 22.9GB is available for usage. This is because 9.1 GB have already been used up by system data.

Should in case you finish up the in-built storage, you can conveniently opt-in for a microSD card, up to 512GB. Wow! That’s Massive.

The Samsung Galaxy A10 now runs on a 1.6GHz octa-core processor. There is also an Exynos 7884 chipset with Mali G71 graphic processor inside.

On the Samsung Galaxy A10, there is pattern lock, password and face ID feature but no fingerprint reader. 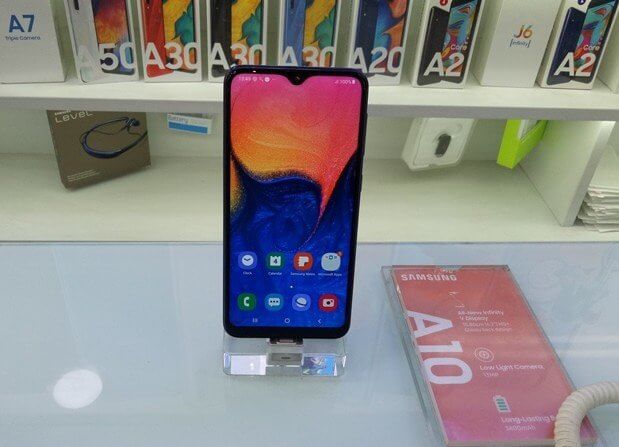 Samsung cliams the face ID gives you personalized safety but I do not recommend using it because of her low level of security.

Also available on the Samsung Galaxy A10 are smart switch for PC use and stereo audio recording.

What’s inside the box? 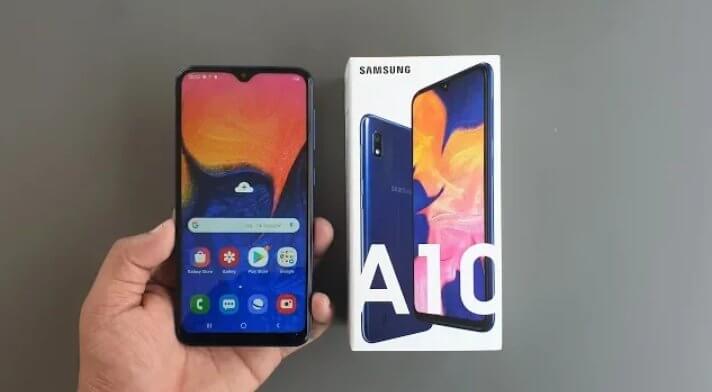 When you unbox the Samsung Galaxy A10 in Nigeria, you will find a slim rectangular box for quick start guide & warranty card, charging cable, power adapter and a SIM ejector buried inside the box.

We have all gone through the review of the Samsung Galaxy A10, we have seen it ups and downs but there is one good thing I love about the Galaxy A10. And that is her massive expandability.

Samsung generously gave up to 512GB which is incredibly. Also the presence of dual microphones is a welcome one. Those who love making calls with lower tunes will appreciate this a lot.

4 thoughts on “Samsung Galaxy A10 – The Budget Variant”