Motorola Moto G6 Plus – Is This Bigger Contender worth the Hype?
Skip to content 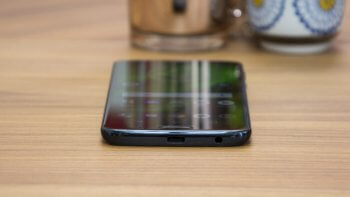 The Motorola moto G6 plus is another big screen low-end to mid-range device that is less expensive with high-end features baked inside of it. This smartphone was released alongside the Motorola Moto G6 and Moto G6 play in April 2018.

It has quite a few noticeable improvement in her spec department this year as compared to the Motorola Moto G5 plus of last year. One of which is the new 18:9 aspect ratio, this happens to be the first time we are seeing this feature on the Moto G plus series.

The Motorola Moto G6 plus looks very much like a 2018 high-end flagship phone, it feels very comfortable when held in the hand and is selling at a price that will definitely not break the bank.

The Motorola Moto G6 plus is no doubt one of the best phones for the price, in fact there have also been a lot of expectation from Moto enthusiast since the launch of this phone.

I am going to be reviewing the Motorola Moto G6 plus in order to let you discover everything you need to know about this phone and also find out if it’s worth buying in Nigeria.

Talking about display, the Motorola moto G6 plus has a 5.9inch IPS LCD display with full HD+ resolution which is very okay for gaming and movie watching.

The 5.9inch screen also has vivid display with strong viewing angle. As earlier said, the Motorola moto G6 plus has 18:9 aspect ratio, this means that the 5.9inch display is occupying almost every corner of this phone. 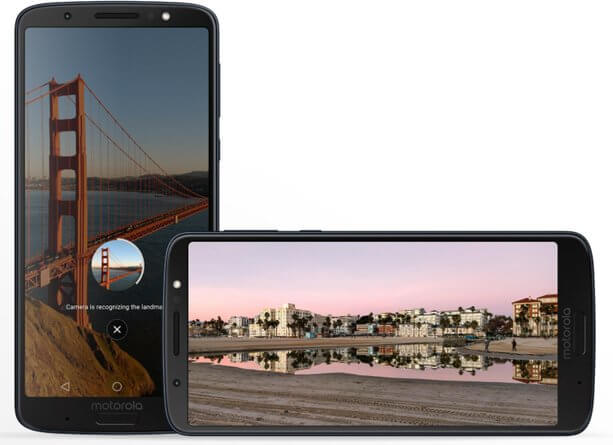 At the back of the Motorola Moto G6 plus is a 3D glass which is surrounded by curved edges with no wireless charging feature, this is something i was expecting to see on this phone in Nigeria especially now that majority of the smartphones with glass back have wireless charging.

Although the Motorola Moto G6 plus is still not water resistant but splash resistant, it can only resist drops of water for a good number of times but it definitely won’t survive a water test in Nigeria. 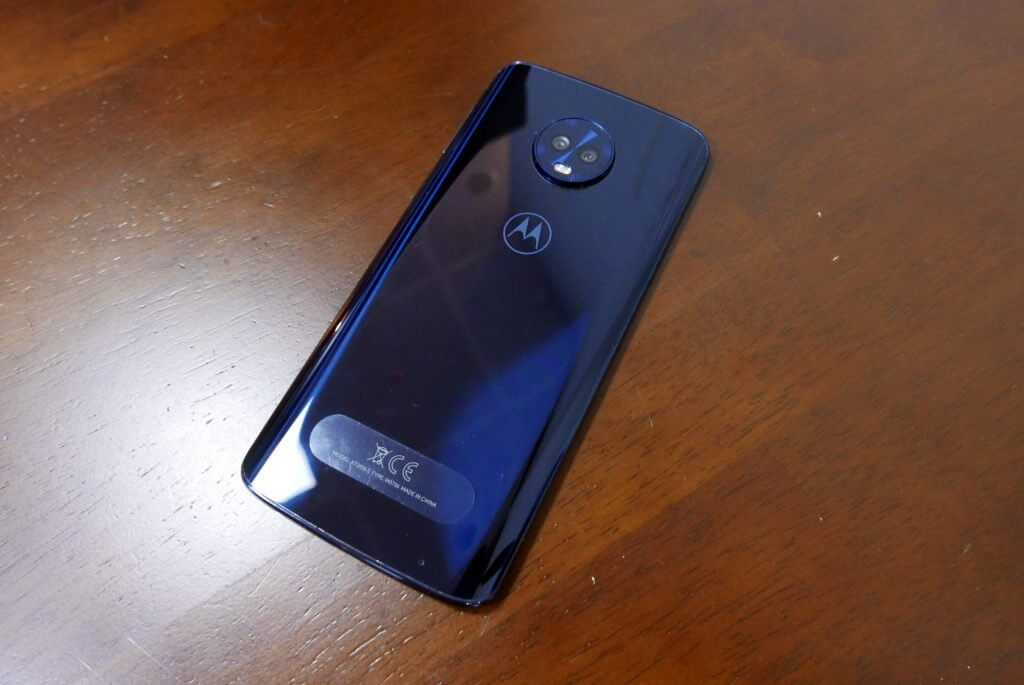 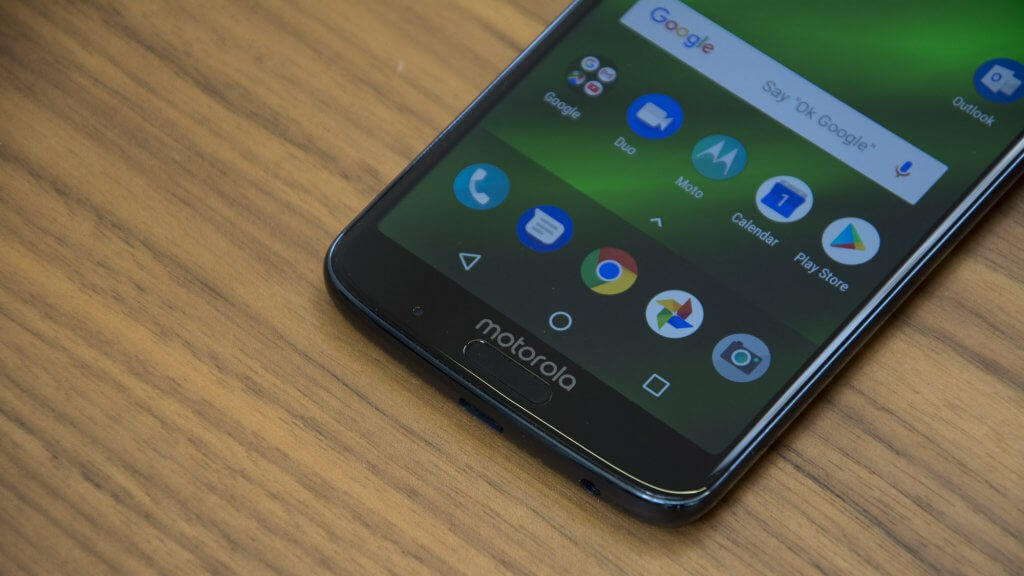 This is one great improvement that deserve an applause because the fingerprint reader is placed in a very convenient and accessible spot. Motorola fans who are likely to buy this phone in Nigeria will find this very enjoyable. 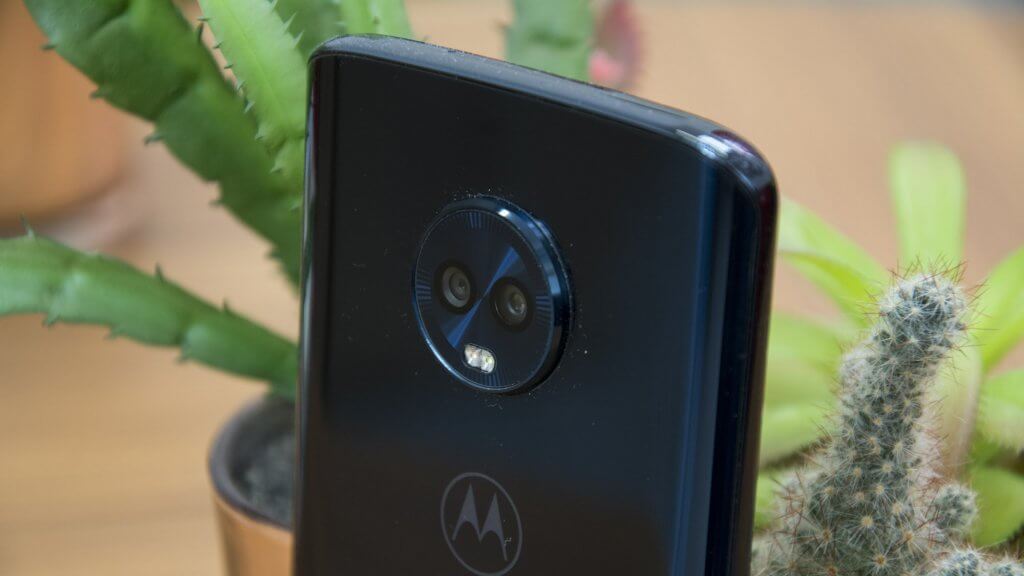 The back camera has f/1.7 aperture and supports 4k video recording. If you have at least once or twice recorded a video with 4k image viewing, you are definitely gonna see this as a plus one reason to buy this phone in Nigeria. The Motorola Moto G6 plus also has some new updated mode including an improved portrait mode to play with.

Talking about Operating system, the Motorola moto G6 plus rocks the latest Android 8 Oreo operating system. The user interface have also been improved upon, it has some new updates that can allow you to do new tricks like starting the camera by quickly flipping the phone and a host of other tricks.

The Motorola Moto G6 Plus has a lot to offer when it comes to the specification of this phone. This phone comes with a Qualcomm Snapdragon 630 chipset which happens to be the most powerful chipset in the Moto G series this year and lucky enough, the Motorola Moto G6 is the only phone rocking this chipset among the G series that was released in 2018.

The Motorola Moto G6 plus also comes with an optional 4GB or 6GB of RAM that is ready to satisfy majority of your multi-tasking activities when trying it out in Nigeria .

There is also a massive 64GB ROM to handle all your apps and media file but in case the in-built ROM storage is not just good enough, you are very much eligible to spec it up to 256GB using a micro SD card.

Motorola have done a great job by trying to nail some high-end features in a less expensive mid-range phone. The Motorola Moto G6 plus is unarguably a great phone with commendable specs, but it’s still not perfect.

Although the price is a bit high in Nigeria, considering the price it is selling at, you are sure not to have it all. The first missing feature that is likely to be a deal breaker for some persons in Nigeria is the absence of waterproof.

Waterproof feature is one of the trendy noise feature on most pricey phones in Nigeria, this might seem to be a deal beaker to some.

The second missing feature is the absence of wireless charging feature but that should be something you can ignore.

If you are willing to spend a little more extra cash, I recommend you buy the Moto G6 plus over the Moto G6 in Nigeria.

2 thoughts on “Motorola Moto G6 Plus – The Bigger Smart Contender”