Exploring Mara Phones - Made 100% in Africa
Skip to content

It is estimated that there are over 1.3 billion people in Africa. A good number of the populist have no smartphone particularly in sub-Saharan Africa where the price of smartphones are far beyond the reach of many.

In countries like Rwanda; as at 2019, Reuters says the number of people with smartphone is only 15% of the population which is not impressive at all. Many still use basic and feature phones. Plus, Africa is more of a consumer than a producer.

Hence, the need to digress from consumer to producer. That is were Mara phones comes into play. They’ve finally provided an answer to the question most of us have been asking before now.

“why can’t Africa make her own smartphones?”

Dear friends, I present to you “Mara phones” a dream come true; the first true, genuine, legit, 100% made in Africa smartphone that was officially launched by Mara Group on October 7, 2019 in Rwanda.

Now that we know about Mara phones being produce in Africa, I am sure your next question will be to find out who exactly are making these phones. Is it the locals (Africans) or foreigners.

Well, Mara phone did a brilliant thing by engaging Africans in the production process but under foreign supervision of course. This is not surprising as it is fundamental to continuous learning and mastery of the entire process. 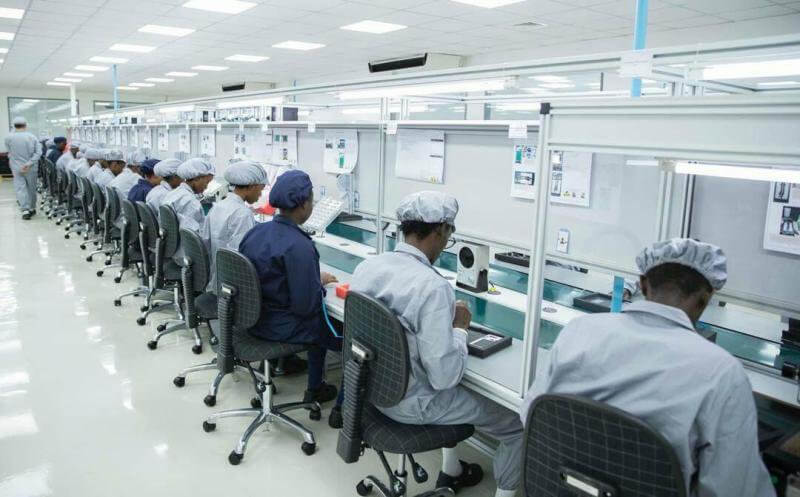 Rwanda President, Paul Kagame understanding how important this is said: “Mara is committed to partner with Rwanda educational training institution to ensure that workers acquire the necessary skills to succeed”.

That said, let us now talk about the most interesting part of this whole Invention.

The Mara phone itself…….
We need to know the kind of smartphones Mara phones are producing.

To begin, Mara Group launched only two new smartphones: Mara X and Mara Z. They will be running on Android one. The Specs are impressive too.

Here are the key features of both phones:

What’s in for Rwanda

Mara is coming in to join an already existing market in Rwanda. The price of the Mara X cost $130, Mara Z cost $190 which when converted to Rwandan francs is estimated to cost about 120,250 and 175,750 francs respectively.

These prices might seem too high for the People in Rwanda considering the fact that there are fairly cheap smartphones already existing in the Market. Some even cost as low as $37 but quality is key.

However, Mara insist on quality. They introduced a flexible payment plan that will suite everyone in Rwanda. Price can be paid in installments for up to 2 years.

So nothing should stop you from buying Mara phones, it comes with Warranty, if you are a Rwandan, you can choose the payment plan that suite you.

For those living outside Rwanda, Mara Group have plans to spread to other countries in Africa through the establishment of free trade agreement.

Mara phones will be of great help to first the people of Rwanda and Africa in general. It’s win win for everyone.

For Rwandans, this will go a long way in increasing the number of smartphone users, create more jobs and also improve the local economy in the region.

Finally, we now have something we can proudly call our own. We say thank you Mara for making this happen in Africa. We hope to see more achievement from you guys in years to come.

Let me bring you back to Nigeria where I live. Am trying to picture Mara phones coming to the market here. Since we all know Nigeria will be among the top country Mara phones will set her foot on.

I am glad, the first generation of Mara phones comes with the kind of specifications and features you will find on most popular/major smartphone brand in Nigeria. At least, it’s above entry-level.

Mara phones felt it was good to begin with quality rather than manufacture low quality smartphones that may end up being looked down upon. I think it’s time we start showing the world what we gat in Africa.

Considering the fact that this is the first true completely made in Africa smartphone, the rest of the world will be very much interested in having a good examination of it and even rate it were necessary.