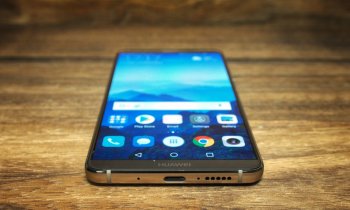 The Huawei mate 10 pro has some unique features that makes it all outstanding, some of which include: premium design, vivid OLED display, android 8.0 OS, a huge 4000mAh battery pack, IR blaster, IP64 rated and a host of other stunning features. The Huawei mate 10 pro is no doubt worth inspecting, i personally got attracted to this phone when i saw what Huawei did with her custom interface (EMUI 8.0).

Below are the top 6 features of the Huawei mate 10 pro :

So far so good, the Huawei mate 10 pro has the best Huawei design, the design is one thing we were all expecting from an Huawei phone. From the curved metallic body frame to the stunning gorilla glass back, one can easily spot out the rich premium looking design and the quality hardware parts of this phone. It has an easy to grip shape and a texture combination that feels rich in the hand. 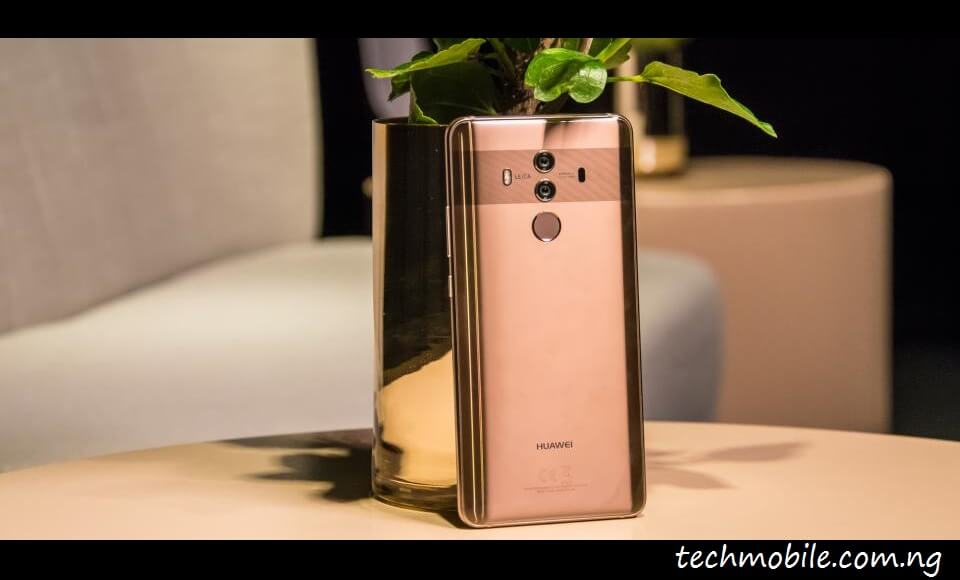 The USB-C port is placed at the buttom while the sim tray is on the left-side; the fingerprint sensor and the edge buttons were rightly placed in their usual location except for the dual camera at the back which appears to be massively seperated. The Huawei mate 10 pro comes in four different colors: mocha brown,midnight blue, titanium gray and pink gold.

The Huawei mate 10 pro comes with a nice big 6.0inch (80.9% screen to bezel) OLED display with HDR 10 support. The new custom Huawei interface (EMUI 8.0)is absolutely fantastic, it is something you don’t get to see on any andriod phone in Nigeria. The Huawei mate 10 pro also have a brightness range that gets dimmer than most flagship phones in Nigeria. 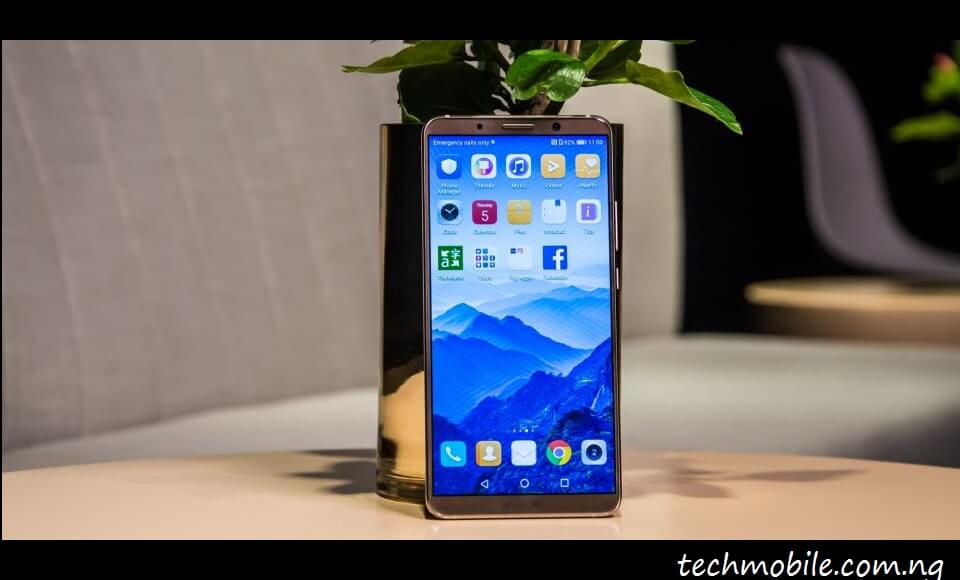 The Huawei mate 10 pro comes with the latest android 8.0 (oreo) OS and as earlier mentioned, Huawei’s pre installed custom interface (EMUI 8.0) which happens to change a few android behaviour most android users in Nigeria would like to try. The first is the operating system functionality acting like an IOS in some ways. 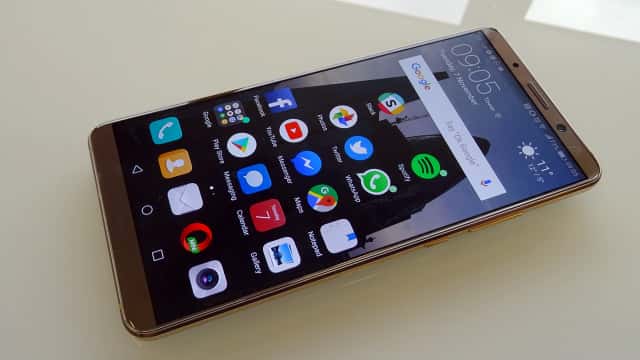 Out of the box, you don’t get to see any menu tag indicator on the home screen, you just slide through to view and access apps. The second is the share menu; it looks very much identical to that on an Iphone X. You can decide to change some of this customizations by installing a launcher or any theme of your choice. Aside from this two noticeable functionality, every other thing appear the same.

At the top-back corner of the Huawei mate 10 pro are two weird seperated camera modules; the first have 12MP color(RGB) sensor with optical image stabilization (OIS) while the second comes with 20MP black and white (monochrome) sensor with no optical image stabilization (IOS). Both cameras suppots the new AI zoom and have the updated f/1.6 aperture. 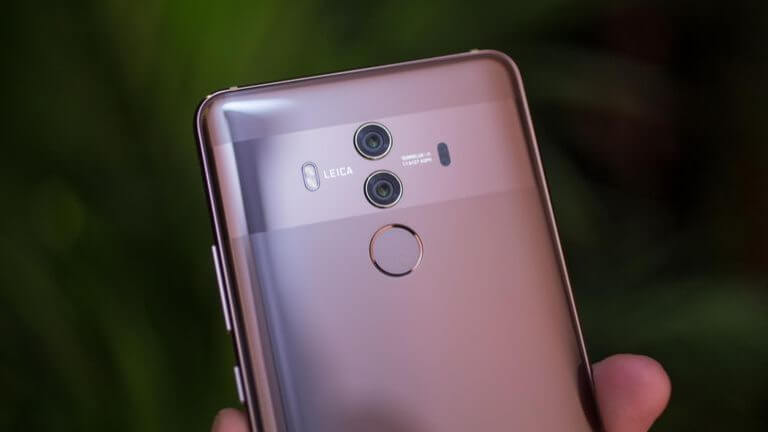 The Huawei mate 10 pro has a camera that is smart at identifying the object you are taking picture of; there are about 7000 different camera modes with multiple focus type and good detail on macro shots. The apperture mode on the Huawei mate 10 pro has alot going for it , it enables boken effect with the widest viewing angle, the photo shots are pretty good and the camera UI grants you access to tweak and fidget with customizations.

The battery life of every phone is very important to most smartphone users in Nigeria. The Huawei mate 10 pro doesn’t seem to disappoint anyone, infact this is one of it’s strength. Under the hood of the Huawei mate 10 pro is a 4000mAh battery capacity that is ready to serve you for a day on heavy usage. It can last 50% longer than most flagship phones in Nigeria. 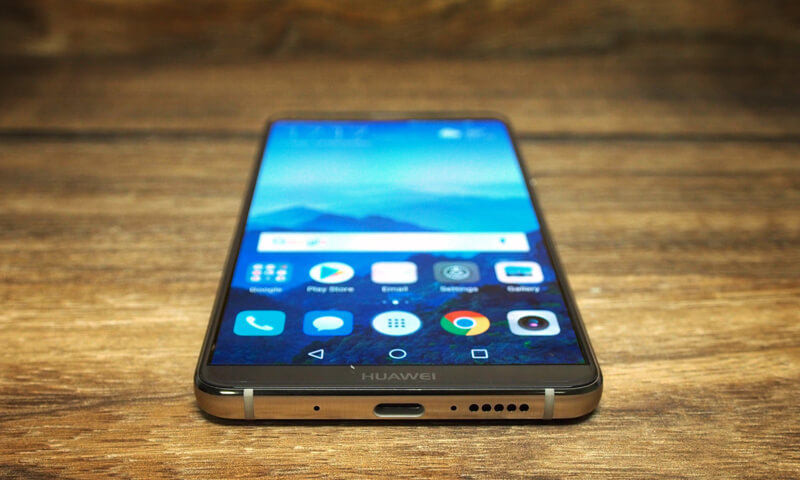 Aside the Razer phone, the Huawei mate 10 pro currently has the best battery strength among flagship phones in Nigeria. The consumption rate is low even when performing low display engagement activities like gaming, tinder swiping and hotspotting. The Huawei mate 10 pro also have fast charging capabilities – you get 50% battery life in just 30 minutes.

The Huawei mate 10 pro has an excellent processor that is fast, it has 8 core CPU, 6GB RAM and 128GB ROM. There is also a kirin 970 chipset with 18:19 aspect ratio to handle intense gaming. The Huawei mate 10 pro surprisingly have an EMUI desktop veiwing experience, you can activate this feature when you connect your USB-C cable to the HDMI cord. Talking about numbers, the Huawei mate 10 pro scored an Antutu score of 177,423 and a geekbench score of 6,630 in performance test.

The Huawei mate 10 pro is a flagship that has alot going for it but it is not for everyone. This is because there are just a few missing features many would have love to see on this phone:

However, the above missing features doesn’t seem to be much of a deal breaker to me considering the fact that there are lots of other features to compensate for. see today’s price on jumia