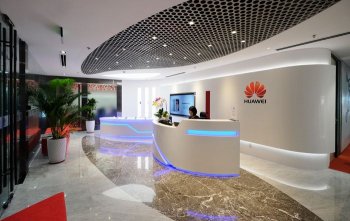 You probably must have heard about the US-ban on Huawei which eventually led to a whole bunch of issues especially in 2019. We saw a lot of drama.

The allege reason for the ban was that Huawei smartphones constitute security threat to the United States and that Huawei have some sort of links with North Korea.

Huawei denied these allegations but the US is still not 100% convinced yet. This ban automatically restricts Huawei from using all of Google Mobile services and other US companies they do business with.

In 2019 Huawei reportedly sold over 240 million units making it earn the number 2 spot with Samsung finishing at the top while Apple became 3rd.

This score looks good from a general perspective but that doesn’t seem to be the case for Huawei. Before the ban, they planned to finish first but some how managed to finish second.

Huawei however don’t want history to repeat itself again. They have drafted out plans to overcome this ban if US refuse to lift the ban completely.

BRG report states that Fred Wangfei, Huawei’s country manager for Austria in an interview with Austria’s Der Standard said that “there is no going back to Google. That’s because Huawei doesn’t want to be in a position to have to deal with a similar ban in the future, should it ever arrive”.

You can imagine. So if you have been thinking of may be buying a Huawei flagship phone like the Mate 30 Pro with the hope that it will one day be restored back to android completely. I guess you have to think else where.

Huawei is still working on her Mobile services: Operating System, App store and the likes. Infact, Huawei is set to invest $3 billion to attract more than 4,000 developers to improve the HMS system. Plus an extra $1 billion they intend to use for marketing.

Will this turn out for good?

Hmm. We really can’t say anything yet, I guess everyone is learning and watching at the same time. There is every possibility that Huawei’s new Mobile Service will receive warm reception in Asia but I can’t say the same for Europe and Africa.

Huawei don’t really care about her fan base in Africa that much. The reason is simple, Europe constitute a reasonable amount of share in the company’s revenue.

Let’s not forget that the ban does not only prevent Android from coming into Huawei devices, Facebook and WhatsApp are also not excluded too not to talk of smartphone components that US companies ship to Huawei.

Is there still hope for Android Users??
Yes…

Huawei reached out to BGR with an official comment on the matter. “An open Android ecosystem is still our first choice, but if we are not able to continue to use it, we have the ability to develop our own,” the company said.

It is always very easy to go on air and boldly declare that you are launching a new Operating System and App store but getting users to fall in love with it is not something that will happen overnight.

Huawei have gone through a lot trying to live without the US for sometime now. Pride can be dangerous in many instances you know, only your people cannot make you rich.

We have seen big names in the Industry have fallen in the past due to decisions they have at some point taking with goodwill but little did they know they were heading for doom.

Huawei think critically before making your final move. Life they say is all about risk and business is no different at all. Huawei might win or loss this battle. We are still watching and learning.