Apple Ipad pro : All You Need to Know Before buying 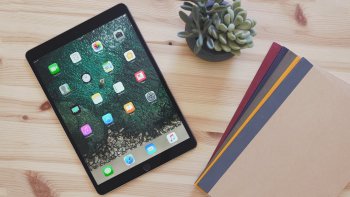 The new Ipad pro is the second generation ipad pro from apple this year 2017. The Ipad pro otherwise called ipad proMotion is a recent upgrade from last year’s 9.7inch Ipad pro, it is currently one of the most powerful tablet in Nigeria in 2017.

The Ipad pro was released in june 5, 2017 and was described as a pretty exceptionally well built tablet that is powerful than most laptops in Nigeria ( all thanks to the addition of 64 bit chip with 6 cores, 120hz refresh rate and a 30% faster processor speed ) .

The Ipad pro is a well equipped digital slate which also serve as an entertainment hub and is very much suitable for general media consumption in Nigeria. 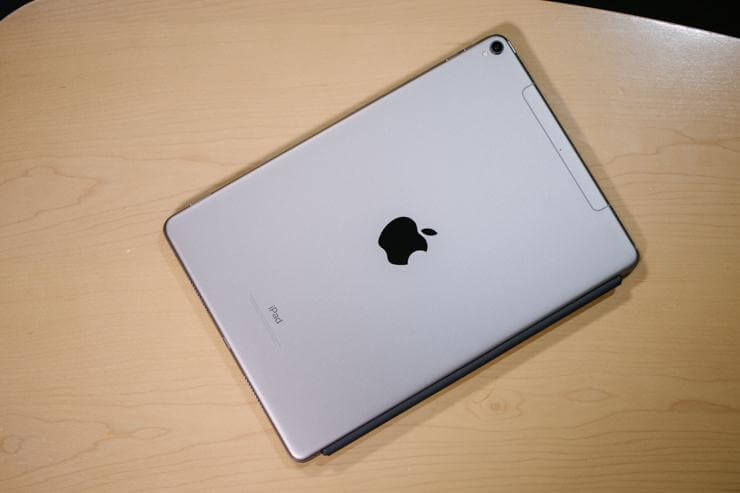 It comes in two main sizes: 10.5inch and 12.9inch, the 10.5inch ipad pro has the same features and specification as the 12.9inch ipad pro, the only difference is in screen size and price.

The new ipad pro is in fact more expensive than the previous ipads in Nigeria.The ipad pro bags an A10x fusion chip, 4GB RAM, an optional 64/256/512GB ROM, supports 4k videos and comes with an apple pencil and a smart keyboard which are sold separately.

Even though the new ipad pro design still looks very much like the previous 9.7inch ipad pro, the specs are just not the same.

The ipad pro has no major improvement in it’s design, it still has the same solid rectangular metallic body as previous ipad pro you have seen in Nigeria before.

The border around the display was reduced by 40%, this makes the 10.5inch ipad pro 10mm higher and 5mm wider than last year’s 9.7inch ipad pro.

It also has a light weight (469gram) with perfectly positioned buttons to allow for easy navigation and a swiftly responsive touch ID at the base.

The components of the Ipad pro were kept smaller, allowing for more speaker space with sensational audio sounds. 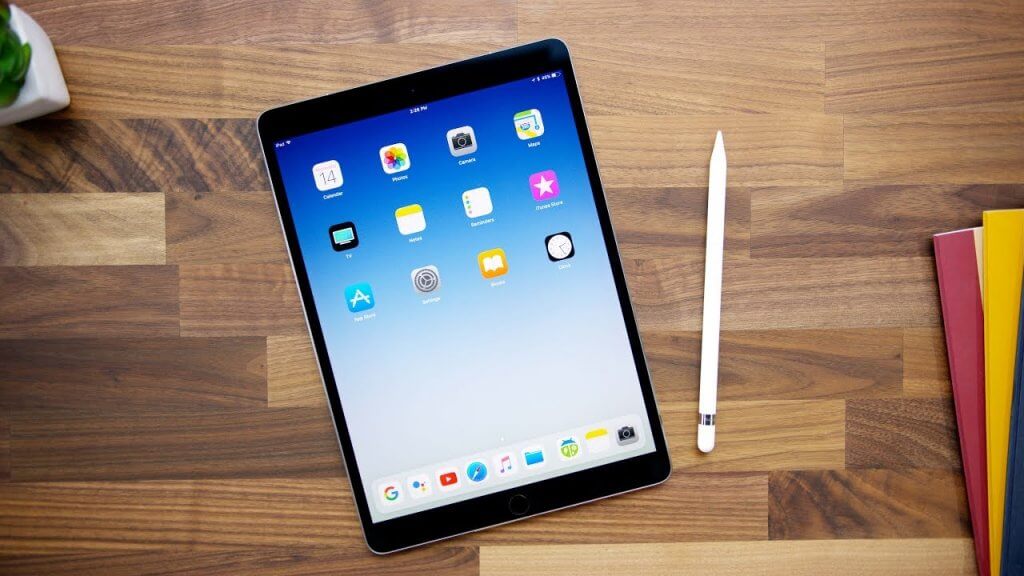 Apple really did a great job on the screen dispaly of the ipad pro, Apple couldn’t stop emphasising the display experience at the launch event. I guess that’s enough reason for it’s high price.

The display is in fact the biggest upgrade on the Ipad pro, it has one of the best display i have ever seen on a tablet before. The ipad pro now have wider color gamut(for brightness and overall sharpness), truetone display, 120GHz refresh rate, retina display, an anti-reflective rate (to suite any background) and maintain’s a sharpness level of 1668 x 2224pixel on it’s display.

Tablets are usually a no go area when it comes to taking colorful pictures but the camera on the ipad pro seem to have driven us to a whole new direction. 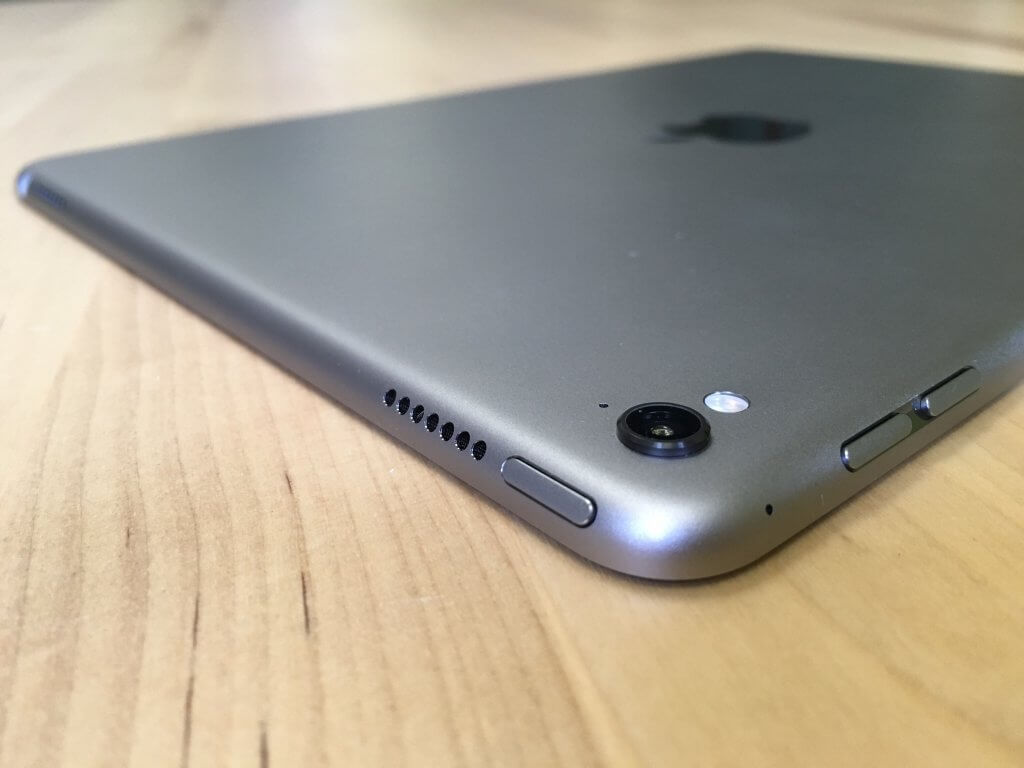 The ipad pro currently has one of the best camera i have seem on a tablet in Nigeria, Apple decided to upgrade the camera quality of the ipad pro by using the same 12mp sensor with optical image stabilization and front-facing 7mp camera on iphone 7.

The photo quality of the rear camera is bright and great, the front-facing camera is also good to. The camera feature on the ipad pro have live photo functionality and can scan documents and images when upgraded to IOS 11.

Imported images can be viewed and enhanced more, all thanks to it’s improved brighter and clearer display.

The battery life of the ipad pro is about the same as the previous ipad pro you have seen in Nigeria. Apple claim the battery can last for up to 10 hours. 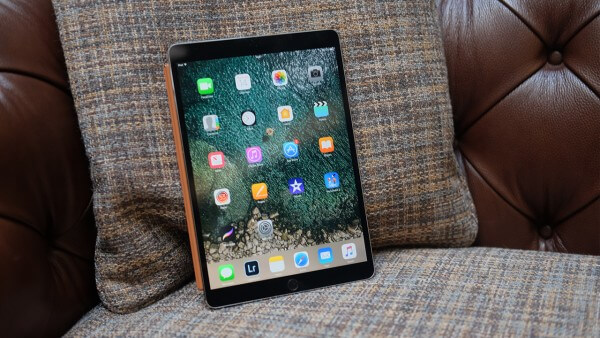 A battery test was conducted using the ipad pro, it was used to watch some videos, browse the internet and do some writing with the smart keyboard, the battery was almost exhausted after six and half hours of heavy usage.

However, the battery life of the ipad pro actually depends on how well you are able to manage it. The A10x chipset and the dynamic display deliver’s an ever better battery life for media consumption.

The ipad pro is no doubt powerful than most laptops in Nigeria, it is almost as powerful as a macbook pro and can therefore serve as a laptop replacement.

If you intend using it as a laptop replacement in Nigeria you will probably be looking at around 6-7 hours of usage on a single charge which is slightly lower than a notebook that is far less expensive in Nigeria.

The ipad pro is really a powerful tablet in Nigeria. The performance of the 10.5inch ipad pro is pretty cool, navigating around is even better with the new A10x chipset which has a 12 core GPU. 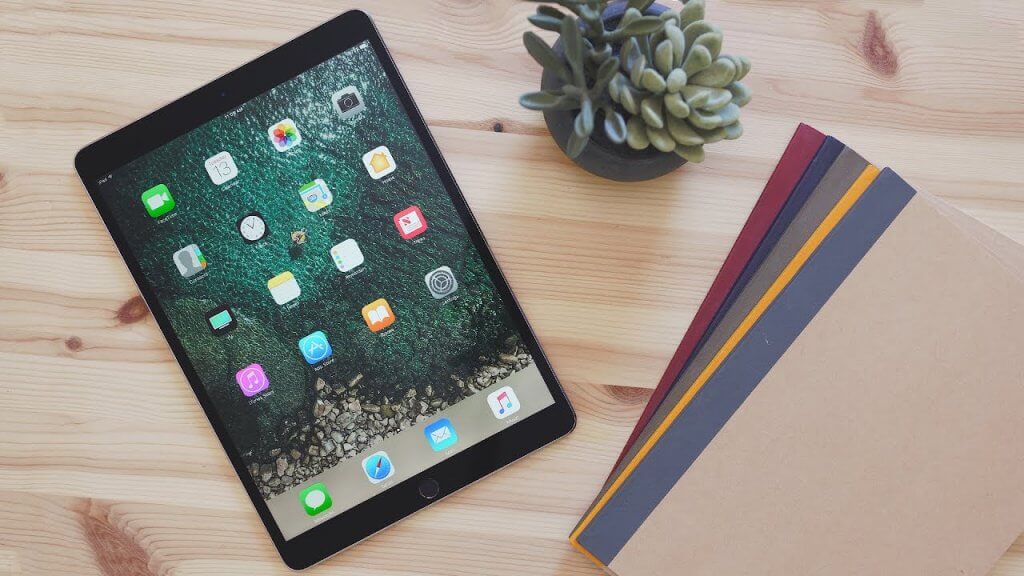 The new 64-bit chip with six cores makes the ipad pro faster than most currently sold laptops, it has one of the most impressive mobile CPU and delivers up to 30% faster CPU performance and 40% faster graphic performance than the A9x chip on the 9.7inch ipad pro.

The ipad pro keeps a lot of app in memory, the 4GB ram is enough to get through anything you throw at it.

Apple also introduce a more responsive and natural pencil with advance sensor that measure both pressure and tilt for natural drawing, signing of document and note taking.

There is also a smart keyboard designed for the cost and connect via a smart connector. The speakers in the Ipad pro are pretty good, loud, clear and produce one of the best sounds on a tablet.

Is the 2017 Ipad pro available in Nigeria and were can i get one to buy?

The Ipad pro 10.5inch and 12.5 inch are available in Nigeria and can be purchase in both online and offline stores in Nigeria

The ipad pro is a pretty solid, light weight, easy to hold in the hand tablet which has almost every single feature almost everyone want’s in a tablet in 2017.

It is indeed a spec bomb with astonishing features but there are just two features i would have love to see on the ipad pro:

2. The ipad pro is also not waterproof, this is another cool feature i would have love to see in this new ipad pro.